Famous Bollywood songs with name of Cities or countries 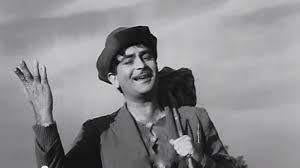 Bollywood has given us many songs having name of a city or a country. Some songs have captured the essence of our cities and places beautifully – be it Delhi’s old world charms or Mumbai’s ability to allow our dreams to merge with reality.Right from Bareilly ka bazar,Banaras Ka Paan, Agra ka Ghagra or Jaipur Ki Choli ,these songs captured the magic of our cities.In this Blog i have taken many such songs which were very popular during that time.
Here’s a list of songs that have created quite a bit of magic, over the years –
Mere piya gaye Rangoon

Song from Love In Tokyo