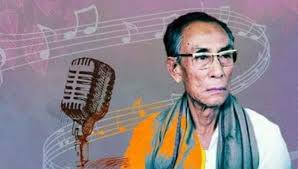 Music Maestro Pt Shiv Kumar Sharma said in an interview that While composing a song, Dada would say, ‘Even if my songs flop, I will still create something new’. What Dada meant was, ‘I will not take the beaten path. I will not compose as per the existing trend. Even if my songs flop, I will still do something new’.Recall the song 'Tadbeer Se Bigdi Hui Taqdeer Bana De' was written as a Ghazal but he converted it to a club song. Sahir the lyricist of the song was not happy with this but Dada was sure that it would be a hit. Sahir then and there decided that he will never write again for S. D. Burman, but changed his mind after the song became super-hit and the film too was a big draw for the audience who used to return again and again.

Similar situation happened during the making of Jaal 1951 song 'Yeh raat ye Chandni'.' He transformed its Ghazal mood giving it a regular stressed beat. When he sang the tune to Sahir Ludhianvi, Sahir laughed. Sahir suggested that it should be sung by Talat but Sachin Da wanted Hemant Kumar.Even when the song was recorded by Hemant Kumar, Guru Dutt wanted to re-dub the song in Rafi Sahib’s voice. Dada stuck on to his choice and the song was a very big hit.

From 1930 to 1936, over these five to six years, he composed music fusing Indian classical music and folk music, which did not resemble anybody else’s. ”Listen to this Bengali song Mono Dukkhe Mori re Shubol (1934), composed and sung by him. This song is a Kirtan which used to be sung in semi-classical style but Sachin Da throws the words in the Bangal dialect that makes it more rural to the roots. The dialect is of East Bengal with some Sanskrit words used. Such songs are sung by boatmen from that part of the world.

Mono Dukkhe Mori re Shubol (1934)
His innovative tendency were visible as early as in 1934 during a Bengal Music Conference in 1934, inaugurated by Rabindranath Tagore, Sachin Dev Burman was asked to sing after Ustad Faiyaz Khan. Ustad Faiyaz Khan had finished with ‘Jhan, jhan, jhan…’, a song that spellbound the audience. Sachin Da began with the same song in Bangla, ‘Jhan, jhan, jhan – manjira baaje’. The audience roared in unison and Karta extended the song to last more than half an hour. Sukla Devi vividly remembers how Ustad Faiyaz Khan came to the stage and hugged Sachin Da. The same tune he used in the Buzdil(1951) song sung by Lata and asked Shailendra to keep same mukhda with a slight change in words. Listen to both version

One of the most marvelous experiments that Sachinda carried out was in the song O nighahen mastana (Paying Guest -1957). Young Kishore’s voice, supported by Asha Bhosle’s humming and alaap throughout the song, adds tremendous charm to the song.The unique thing about this song is that when the second antara gets over, the interlude music and the lights start fading out till the music can be hardly heard. While the remaining lights dim out, the third antara is sung in a softer tone.It is one of the most romantic songs ever created by any music director.
Click Below the Link
https://youtu.be/xv1Bu7nSmmY
In another Navketan production Kala Pani, in  the song Hum bekhudi mein tum ko pukare chale gaye. He used the rhythm of a ghazal in the mukhda and geet in the antara. This song was originally sung by Dada himself in Bengali,every body wanted Dada to sing this in hindi but he felt that rafi's voice  will suit well to Dev Anand in this situation.one finds Rafi’s soothing voice with only a few instruments used by Dada – Sarangi, tabla, gunghroo, khadtal and harmonium.
Song from Kala Pani 1958
If you liked this Blog please visit my Youtube Channel
https://youtu.be/-OglRQvXmlw