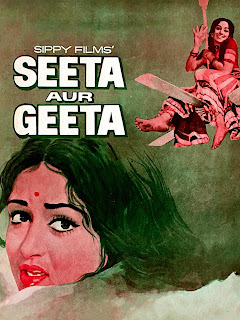 This film is a classic entertainer, released on 24th November 1972, the film was a blockbuster. Inspired by Ram Aur Shyam the film has a strong script by Salim Javed. Hema Malini in a double role brings the film to life with her natural charm and beauty.

The story is about identical twins (played by Hema Malini) who are separated at birth and grow up with different temperaments. After they meet each other as adults, they swap places. The two sisters' partners in the movie are played by Dharmendra and Sanjeev Kumar, while Manorama plays the villainous aunt. 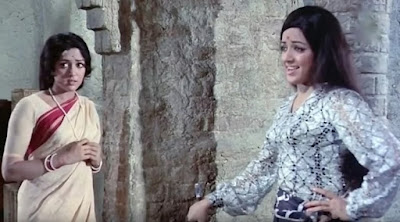 Despite the presence of Dharmendra who was the reigning star of the time. and Sanjeev Kumar, it is an outright Hema Malini film. She got the Filmfare Award for best actress for that year.R.D. Burman's music is outstanding. All the songs are lovely, from the happily exciting "Oh Saathi Chal" to the catchy "Zindagi Hai Khel" to the ballad "Haan Ji Haan" 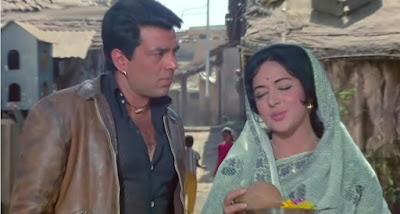 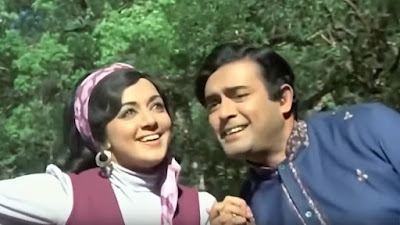 If you liked this Blog, you would also appreciate my Youtube Channel, the link is given below
https://youtu.be/ZEnEKZcyPjI