MUKESH-A mellifluous voice with depth and a tinge of sadness in it. 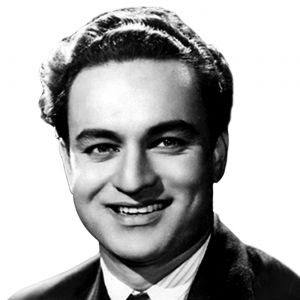 Remembering Mukesh on his 94th Birth Anniversary,his unique singing style would make his songs popular soon after their release. His forte were both sad and jolly songs such as “Yeh mera diwana pan hai” (Yahudi), “Suhani chandni raaten” (Mukti), “Aa laut ke aaja mere meet” (Rani Roopmati), “Awara hoon” (Awara) and “Dum dum diga diga” (Chalia)”. He sang romantic songs with equal ease: “Kabhi kabhi mere dil mein” (Kabhi Kabhi) and “Naina hain jadoo bhare” (Bedard Zamana).
In this blog I have selected his Jolly and Happy songs only.
Mukesh was born on 22nd July 1923.At the age of 18 he was offered a role as an actor-singer in a Hindi film, Nirdosh (1941). The real break as a playback singer came for him in 1945 when he sang for Motilal for the film Pehli Nazar.It was the song  "Dil Jalta Hai To Jalne De". composed by Anil Biswas and lyrics written by Aah Sitapuri.made him popular.Though the song was in the style of K L Sehgal but it became instant hit.Mukesh created his own singing style with the help of music director Naushad Ali, who helped Mukesh to come out of his Saigal style and create his own style. Naushad gave him songs for the film Andaz.All the songs became hit.
Mukesh became the voice of Raj Kapoor with Barsaat.He gave many immortal songs for Raj Kapoor.Mukesh is best known for the songs that he sung for actor Raj Kapoor in Bollywood. The two decades spanning the 1950s to 1970s saw the rise and shine of the man who was to be immortalized in the pages of Bollywood playback singing. On  Mukesh’s demise, he said ‘I have lost my voice.’ It wasn’t exaggeration. You try to remember Raj Kapoor, and you’ll end up humming Mukesh.
Mukesh recieved 4 Filmfare Awards for Best Playback Singer for films 'Anari', 'Pehchan', 'Beimaan' and 'Kabhie Kabhie'.In 1974 he was bestowed with the National Film Award for the Best Male Playback Singer for his song 'Kain Baar Yoon Bhi Dekhaa Hai' from the film 'Rajnigandha'.
Mukesh died on August 27, 1976 at the age of 53. The singer succumbed to a heart attack while on a concert tour to the United States.
Here is my tribute to him on his 94th Birth Anniversary today with a compilation of my few of the favourite  ‘Happy’ and Romantic songs of Mukesh.

Song from Around The World 1967

Posted by /bolywoodfiles.blogspot.com at 11:56:00 No comments:

GEETA DUTT-The Perfact Voice,Be it a Bhajan or a Western cabaret pictured on Helen

The 50s was the golden period of Geeta Dutt singing career. She sang some of her biggest hits during this period. Aaj sajan mohe ang lagalo, Thandi hawa, kali ghata, Ja Ja bewafa and her popular duets like Ankhon hi ankhon mein, Jaane kahan mera jigar gaya ji, Aan milo shyam saaware, etc -- all belong to this period.She was equally perfact in Bhajans as well as Jazzy musical songs.My Tribute to Geeta Dutt on her 45th Death Anniversary.
She made her debut in his mythological film Bhakta Prahlad.It was in 1947 that Geeta Dutt who was Geeta Roy got to fame with the musical success of Do Bhai, which was also music director SD Burman's first major breakthrough. The song "Mera Sundar Sapna Beet Gaya."became very popular,its still remembered today. 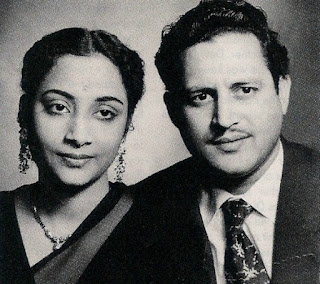 In the film Baazi, (starred by Dev Anand and Geeta Bali) Dev Anand employed Guru Dutt as the director of the film production, in which Geeta Roy sang an immortal and emotional number, “Tadbeer se bigadi hui”. Guru Dutt instantly fell in love with her by hearing this song.
Geeta Roy and Guru Dutt got married in 1953, though both the households had reservations of this union.Guru Dutt produced some classic films around this time and the female voice for his films was always Geeta Dutt. All her songs were massive hits. They had a happy married life initially and three children were born in quick succession (Tarun, Arun and Nina).

By 1957, their marriage had run into rough weather due to Guru Dutt’s alleged love affair with his leading actress Waheeda Rehman.
Guru Dutt broke with Geeta Dutt for the sake of Waheeda Rehman. Waheeda never reciprocated her love to Guru Dutt since he was a married man with children. Moreover, she respected him as a Great artist and nothing else. At this juncture, it is hard to imagine Guru Dutt’s state of mind. He was caught between two situations. Breaking up with his wife and not getting attention from Waheeda. Finally, Guru Dutt found the easy way out. He apparently committed suicide on October 10th 1964
After Guru Dutt’s death, Geeta’s life was a mess. Geeta was a broken woman. She tried to resume her singing career. But Asha Bhonsle had already overtaken her.Geeta Dutt started drowning her woes in alcohol. Her health kept failing as she drank more and more alcoholic drinks..ultimately she died on July 20th 1972 due to cirrhosis of lever at a tender age of 42.
Geeta Dutt was a brilliant playback singer of Hindi films, strikingly beautiful with dreamy almond eyes, who left us nearly 45 years ago. Despite possessing a rich voice, her career was heavily marred by bad luck and an unhappy marriage.

Posted by /bolywoodfiles.blogspot.com at 10:22:00 No comments: 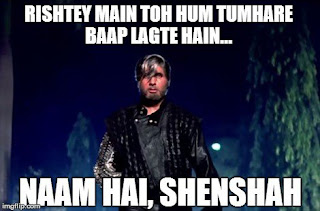 
We Clap while watching the film then recite them, repeat them, rehearse them.Every actor has his own style,but there are some Actors who became popular for their Dialogue delivery.Raj Kumar,Dilip kumar,Dev Anand and Amitabh Bachchan are few of them.There are some Iconic Dialogues which are still remembered even after many years.In this Blog I have taken these Dialogues whose videos are available.

The famous Dialogue of Deva Anand from Guide

Show Must Go On from Mera Naam Joker 1970

"Chhenu" Dialogue which made Shatrughan Famous from Mere Apne 1971 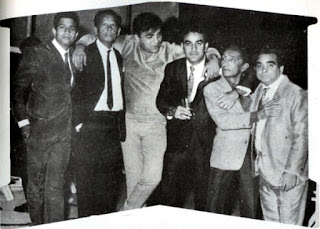 Bollywood has carried on the tradition of discovering and rediscovering the comedians from the Golden Era till today.The way these songs have been sung with sparkling comic timing by some of the ace comedians , is what makes them classics in their own right and rage of their time. In this blog I have selected few of such songs which were picturised on these comedians other than Mehmood and Johny Walker.
Gope - 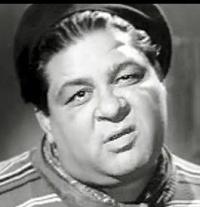 Starting his career with a small role in Insaan Ya Shaitaan (1933), directed by Moti Gidwani and produced by Eastern Arts Production, Gope went on to act in over a hundred and forty films in a career spanning twenty-four years from 1933–1957. Best known for his comedy roles, he is stated to be one of Hindi cinema's "most popular comedians". His acting in comic roles won him "critical and popular acclaim" and soon became "the leading comedian of his time". His popularity assured him being mentioned in the credit roll of films along with the main cast.He became famous lip-syncing the popular number from Patanga on screen "Mere Piya Gaye Rangoon" (My Beloved Has Gone To Rangoon), playbacked by C. Ramchandra for Gope and by Shamshad Begum for Nigar Sultana 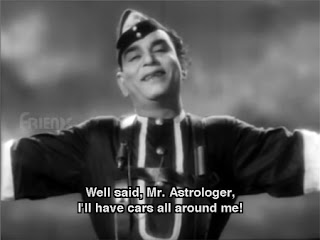 He is best known for his comedic villainous roles. He commenced his career as an extra but soon did roles as a hero and later as a villain. He became one of the most renowned screen villains, while achieving equal success in comedy and character roles. Yakub appeared in over 300 films.His comic pairing with Gope and Agha was well-liked by the audiences and this had the film makers use their combination in several films. 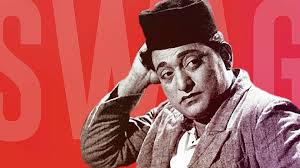 He is best known for his social film Albela (1951) and the song "Shola Jo Bhadke".He will always be remembered as Hindi cinema’s first dancing and action star.He was Full of life, multi-talented and an entertainer. 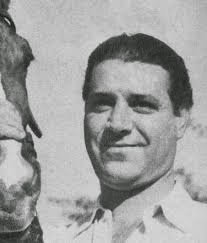 He was known for comic roles and modeled himself on Bob Hope's style of acting. He appeared in over 300 Hindi films in his career between 1935 and 1986.His most active years were from 1930s to 1960s. 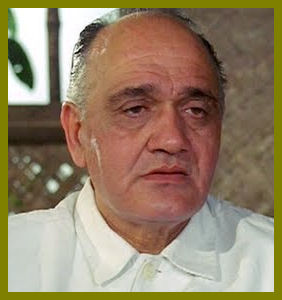 Starting his career in 1942, he was a popular supporting actor from the 1950s until the 1980s.He is known for his roles in comedy films. One of his best performances in his later years were Naukar Biwi Ka, Sharaabi (1984) and Chameli Ki Shaadi, where he played a role that was pivotal for the movie. 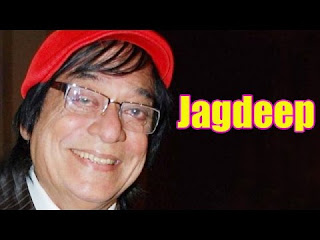 Today's generation know him as Soorma Bhopali of Sholay.Jagdeep started his film career as a child artist extra in B. R. Chopra's Afsana, then became a child artist in Ab Dilli Door Nahin, and many more films.Then came Bimal Roy's Do Bigha Zamin with which he started playing comic roles. Many  hit songs are picturised on him like Paas baitho tabiyat bahal jayegi from Punarmilan, In pyar ki rahon mein from the same film, Chal ud ja re Panchhi and Chali Chali re Patang from superhit movie Bhabhi where he is paired opposite Nanda, Aa Gaye Yaaro Jeene Ke from Phir wohi Raat. 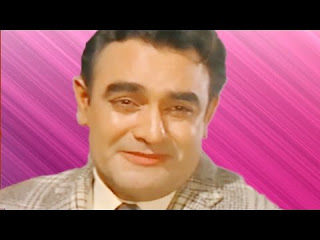 He was one of the most famous comedians. His best role as comedian was in Mere Sanam and Phir Wohi Dil Laya Hoon. He along with Asha Parekh were a regular feature in many of Nasir Hussain films like Phir Wohi Dil Laya Hoon, Jab Pyar Kisi Se Hota Hai, Teesri Manzil, Baharon Ke Sapne and Pyar Ka Mausam.He also played the role of Hero/Second Lead in "Vachan" and "Teen Bahuraniyan".He also played a villain's role in Hamrahi opposite Shashikala whose character he kills

Song from Johar In Bombay 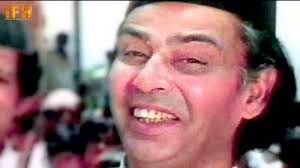 He was an Indian actor, writer, producer and director.He  wrote and directed many films, some of which included Johar Mehmood in Goa and Johar Mehmood in Hong Kong in which he co-starred with comedian Mehmood.He also starred in films with his own surname in the title such as Mera Naam Johar, Johar in Kashmir and Johar in Bombay.His comic roles were appreciated in Shagird and Tripple Role in Jhony Mera Naam

Song from Johar Mehmood In Goa 1965 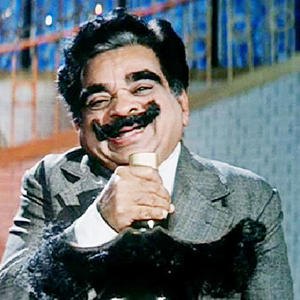 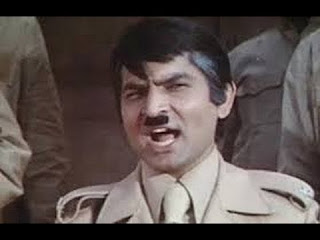 He played comedians role from the 1966 to 2013 and played supporting actor's role as the close friend of the lead hero in many films between 1972 and 1994. In a few Hindi films like Chala Murari Hero Banne and Salaam Memsaab.Today's generation will recall him for Angrejo Ke Zamane Ke Jailor of Sholay 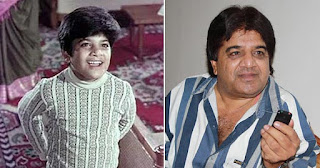 He was a popular child star of his time, having acted in 264 films.Came into limelight with the release of 'Brahmachari".Remember the hilarious dance act on 'Hum kaale hain toh kya hua dilwale hain...' from that movie.One of the busiest child stars of his times and probably among the highest paid too, 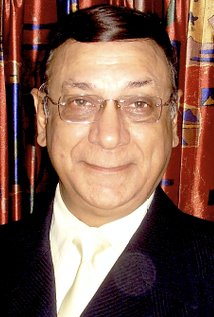 Started off as an Indian comic actor and moved on to teaching the art of acting.Some of Paintal's notable roles included Rattan in Jawani Diwani (1972), Salma in Rafoo Chakkar (1975), Guruji in Bawarchi (1972), Arun in Piya Ka Ghar (1972).One of his most notable roles was as Champak Boomia in Aaj Ki Taaza Khabar (1973). The film became very successful for the character 'Champak Bhumia' played by him. 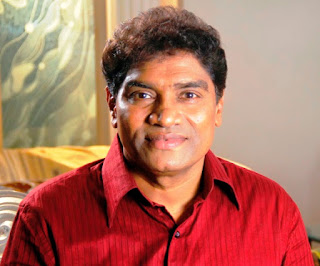 One of the most noted comedians in Hindi cinema, acted in more than three hundred Bollywood films.His first major success came with Baazigar, and after that he was seen in movies as a supporting actor/comedian.  He is also remembered for some of his other famous characters, like "Chotta Chattri", "Aslam Bhai", etc. His performance in the film, Judaai and his dialogue in the movie, Abba Dabba Jabba are also notable.