Rajesh KhannaThe Hysteria he whipped up during his heyday. 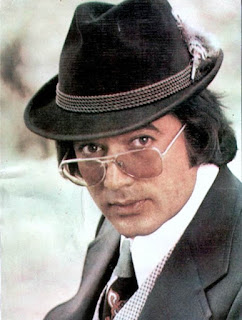 Born as Jatin Khanna on 29th Dec 1942, was India's first superstar, a heart-throb who had women trying to commit suicide when he tied the knot with Dimple Kapadia in 1973.The nation sat up and took notice of this unknown actor with a charming smile and a twinkle in his eye. 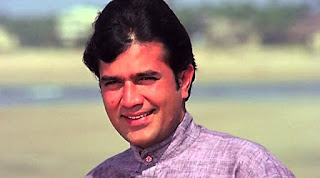 His smile in his heydays made millions of his female fans' hearts skip a beat. There are various stories of his besotted female fans marrying themselves to his photographs. Such was his craze for this Amar Prem lover boy that his fans wrote letters to him in their blood.During the peak of his career he would be mobbed during public appearances. Fans kissed his car, which would be covered with lipstick marks, and lined the road, cheering and chanting his name.Rajesh Khanna was God, there has never been such hysteria. 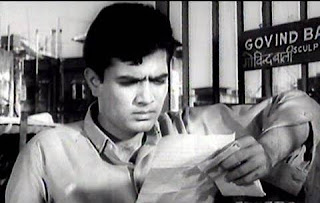 He made his film debut in the 1966 film Aakhri Khat, directed by Chetan Anand, followed by Raaz, directed by Ravindra Dave, both of which were a part of his predetermined prize for winning the All-India United Producers’ Talent Competition. G.P. Sippy and Nasir Hussain were the first to sign Rajesh Khanna after he won the contest.
From  Aradhana(1969) he rose to "instant national fame" and film critics referred to him as the first superstar of India. He starred in 15 consecutive solo hit films from 1969 to 1971, still an unbroken record.
Sharmila Tagore  in an interview to The Indian Express said  that "women came out in droves to see Kaka. They would stand in queues outside the studios to catch a glimpse, they would marry his photographs, they would pull at his clothes. Delhi girls were crazier for him than Mumbai girls. He needed police protection when he was in public. I have never seen anything like this before or since.
During the filming of Amar Prem there was a scene that needed to be shot at Howrah Bridge with a boat carrying Khanna and Sharmila under the bridge. The authorities ruled this scene out as they realised that if the public found out that the star would be there, it may create problems on the bridge and that it might collapse due to the amount of people trying to get a glimpse of their favorite actor.
Several songs sung by Kishore Kumar in the 1970s were based on Rajesh Khanna. During the filming of the song 'Mere Sapnon Ki Rani' in Aradhana, Sharmila Tagore was shooting for a Satyajit Ray film and director Shakti Samanta had to shoot their scenes separately and then join the scenes together. In the 1970s, his chemistry with Sharmila Tagore, Mumtaz, Asha Parekh, Zeenat Aman, Tanuja and Hema Malini were also popular with audiences. 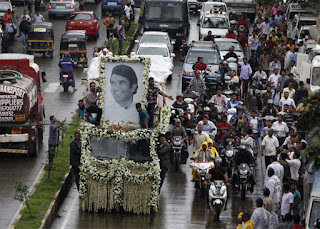 He died on 18 July 2012, at his bungalow, Aashirwad, in Mumbai.His funeral was attended by nearly 9 lakh people and his fans had come from places like Surat, Ahmedabad, California, Singapore and from other foreign countries.Police had to resort to lathi-charge to control the crowd of fans who had gathered for the procession from Khanna's Bandra house to the crematorium.
His name will be written in golden words." Amitabh Bachchan was quoted as saying: "The word 'superstar' was invented for him, and for me it shall ever remain his, and no others .. !! His generation and the generations that follow, shall never be able to describe, or understand his phenomena .. !!"
A Tribute to Rajesh Khanna With Some of My Favorite Songs