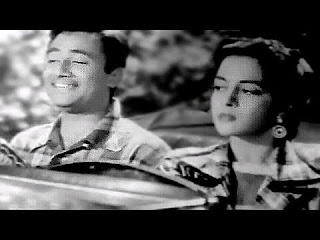 Albert Einstein once said "Creativity is all about hiding your Sources".How true he was. Today with the availability of internet it has become difficult to hide your source. I being an internet surfer found many hit songs from the Golden Era of Bollywood which were copied from international songs.We all appreciated the composers of that era but this habit of copying was existed that time also. In this Blog I have taken few of such copied Hindi song along with the original International song.
The first Copied Song of Bollywood was Chod Gaye Balam from 1949 film Barsat was inspired by Bing Corsby's song "The Anniversary Waltz"

Song from Barsat 1949
Copied from
The Anniversary Waltz

Song from Munimji 1955
Copied from
The Mexican Hat Dance

Song from Memsahib 1956
Copied from
Isle Of Capri Rosemary Clooney