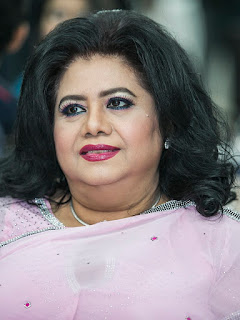 In her decorated career, Runa Laila has achieved such height of fame and recognition that most artists can only dream of. She has voiced the magical lyrics of some of the globally renowned lyricists and performed the duet with singers at the similar altitudes of success.
She was born in East Pakistan, was educated in Pakistan, settled down in Bangladesh after the creation of the state in 1971, has worked in India and travels the world with her shows. Where does she really belong?
The colourful journey of her career has taken her all over the world. From Madison Square Garden to Sydney Opera House, from Europe to Africa – the veteran has stepped on proudly carrying the legacy of Bangladesh and mesmerized her audience in India and Pakistan. She has lent her melodious voice to over 10,000 recordings, in 18 languages.
She was born (17 th Nov 1952) in Sylhet to Syed Mohammed Imdad Ali, a civil servant posted in Karachi, and Amina Laila. In 1966, she made her breakthrough with the song Unki Nazron Sey Mohabbat Ka Jo Paigham Mila for the Urdu film Hum Dono. She used to perform on PTV In a show called Bazm E Laila. 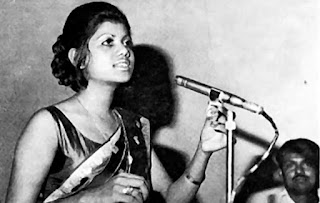 Her tryst with Indian films came about after a chance meeting with music director Jaidev in Delhi, at a party hosted by businessman and music connoisseur Ashok Khanna. He gave her a chance to sing at the inauguration of Doordarshan. For a few years, she used to sing in Doordarshan. She became famous among viewers by her song Damadam Mast Kalandar. Her first recording was with Kalyanji-Anandji for the title song of Ek Se Badhkar Ek. She gained popularity in India with the songs O Mera Babu Chail Chabila and Dama Dam Mast Qalandar . After that, she sang two songs for Gharonda"Tumhe ho na ho" and "Do deewane shaher mein " composed by Jaidev.
She shares a close association with Bappi Lahiri too. In fact, Bappida recorded a pop album in her voice called Superuna in London. The singer remembers it all fondly. “We recorded at the Abbey Road Studios, made famous by The Beatles and I think we were the first people from the subcontinent to have done so. It was a spectacular experience. The songs are still popular and I perform them at my shows even now.” The songs were indeed so popular that Bappida used the hit single, De De Pyar De in the film Sharaabi (1984).
Her name has been written on the Guinness World Records for recording 30 songs within 3 days. In 1982, she won Golden Disk Award as her album Superuna composed by Bappi Lahiri was sold over 1 lakh copies on the first day of its release.
Runa has also sung versions of Mehdi Hassan’s ghazals, which became quite famous. In October 2009, she released Kala Sha Kala, a collection of Punjabi wedding songs, in India. In 2012, Laila served as a judge on the show Sur Kshetra, an Indian television contest show for amateur singers. She described her relationship with fellow judge Asha Bhosle as that of sisters. In 2014, she collaborated with Sabina Yasmin on a song for a television play "Dalchhut Projapoti", the first time they worked on a song together 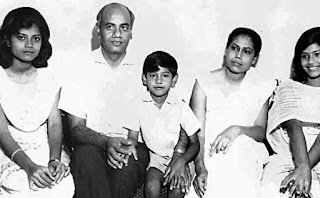 Runa Laila with her Parents and Siblings

After her sister died in 1976 from cancer, Laila held several charity concerts in Dhaka. The money raised was used to build a cancer hospital in Dhaka.Laila was named a SAARC Goodwill Ambassadors for HIV/AIDS. She is the first Bangladeshi to hold this post. She visited New Delhi in 2013 on her first trip as the SAARC ambassador. She met India's External and Health Ministers.

Song of The Rain 1976  Bangaladesh