The Milestone Songs of Salil Chowdhury 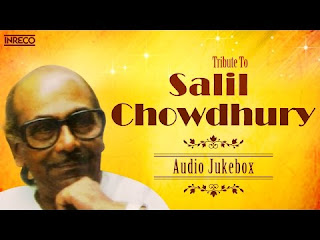 Very few know that Bimal Roy's classic film Do Bigha Zameen was written by him. He also gave the music of this film. This film took his career to new heights when it became the first film to win the Filmfare Best Movie Award and won the International Prize at the Cannes Film Festival. Bollywood got a genius like him.
Salil Chowdhury (19 November 1923 – 5 September 1995) was an accomplished composer and arranger who was proficient in several musical instruments, including flute, the piano, and the esraj.
Popularly known as Salil Da made his debut in the Hindi Film Industry in 1953 as the Music Director for Do Bigha Zamin.
Salil Chowdhury's contribution to modern Indian music is not as well known as it deserves. The composer's 96th birth anniversary falls on November 19,2019. A tribute.with his Milestone Songs
Song from Madhumati 1958