Shahrukh Khan - A Journey from Dil Dariya to Dilwale Dulhania 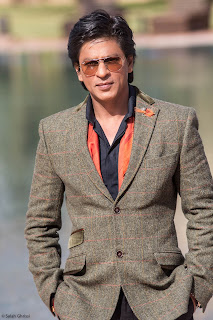 It was Lekh Tandon who gave Shahrukh Khan his first break in acting in a small role in a  TV Serial "Dil Dariya" but "Fauji" became the first serial telecasted before this in 1989. After that, he appeared in another serial " Circus". He continued doing minor roles in many serials such as "Ummeed" (1989), "Wagle Ki Duniya"(1989-1990) and few Tele Films like "Doosra Kewal" and  "In Which Annie Gives It Those Ones". His performance in all of these shows was appreciated by critics.

It was Hema Malini who gave him a break as Hero in the film "Dil Aashna Hai"(1992) but once again it was the film " Deewana" which released first in 1992, thus began his journey to Bollywood. In the same year, two more films "Chamatkar" and " Raju Ban Gaya Gentleman" released and both were successful. 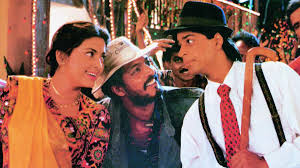 In 1993 Shahrukh Khan (born 2nd Nov 1965) established  himself in Bollywood with the release of  Darr (1993), and  Baazigar (1993) both the films were super hit, His performance in Baazigar, which would be his first of many appearances with actress Kajol, won Khan his first Filmfare Award for Best Actor., now he was in demand.
In 1994, Khan played a love-struck musician in Kundan Shah's comedy-drama film Kabhi Haan Kabhi Naa opposite Suchitra Krishnamurthy, the same year released Anjaam, co-starring Madhuri Dixit, he played the role of an obsessive lover, he won the Filmfare Best Villain Award for this role. 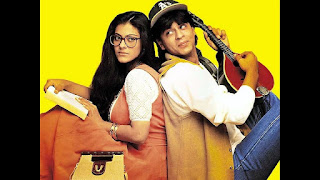 The year 1995 was the milestone for him. He appeared in seven films, the first of which was Rakesh Roshan's melodramatic thriller Karan Arjun. Co-starring Salman Khan and Kajol, it became the second-highest-grossing film of the year in India. His most significant release that year was Aditya Chopra's directorial debut, the romance Dilwale Dulhania Le Jayenge, in which he played a young Non-resident Indian (NRI) who falls in love with Kajol's character during a trip across Europe. From this film, he became a superstar.
The year 1996 was not good for him,  all four of Khan's releases failed critically and commercially. The next year in 1997 he was seen in Yes Boss, Pardes, and Dil To Pagal Hai, He portrayed Rahul, a stage director caught in a love triangle between Madhuri Dixit and Karisma Kapoor. The film and his performance met with critical praise, winning Khan his third Best Actor Award at Filmfare.
In 1998, he portrayed a college student in Karan Johar's romance Kuch Kuch Hota Hai, in which he was involved in a love triangle along with Kajol and Rani Mukerji.  The film was Super duper hit, he won the Best Actor award at the Filmfare Awards ceremony for the second consecutive year,
He became a producer in 1999 in a collaboration with the actress Juhi Chawla and the director Aziz Mirza for a production company called Dreamz Unlimited. The company's first production, Phir Bhi Dil Hai Hindustani (2000), starring Khan and Chawla, was a commercial failure, but this year Aditya Chopra's Mohabbatein (2000) released and later Kabhi Khushi Kabhie Gham. released in 2001 were super hit, in fact, Kabhi Khushi Kabhie Gham... remained the top-grossing Indian production of all time in the overseas market for the next five years.
In 2002, Khan played the title role as a rebellious alcoholic opposite Aishwarya Rai in Sanjay Leela Bhansali's period romance Devdas. The film earned numerous accolades including 10 Filmfare Awards, with Best Actor for Khan, 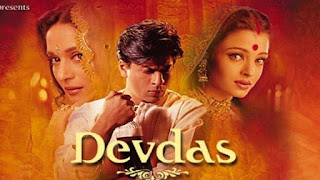 The year 2004 was a critically and commercially successful year for Khan. This year Ashutosh Gowarikar's Swades released which was commercially not successful then released Main Hoon Na and the last was Veer Zara, both were successful.
From 2007 onwards, Khan began to star opposite the third generation of heroines, most notably opposite Deepika Padukone in Om Shanti Om (2007) and Anushka Sharma in Rab Ne Bana Di Jodi (2008). Khan went on to co-star with Padukone in the action-comedies Chennai Express (2013) and Happy New Year (2014),