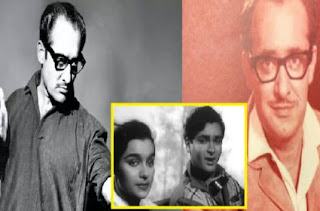 Started his film career as a story writer when he joined Filmistan in 1948. The famous films he wrote for Filmistan include Anarkali (1953), Munimji (1955), and Paying Guest (1957).  The first film he directed was Tumsa Nahin Dekha in 1957 for Filmalaya. Another film he directed in 1958 was Dil Deke Dekho. The highlight of both of these films was its music. His films were full of adventure, romance, fun, music, outdoor and entertainment
He started his own film company, Nasir Hussain Films and turned producer-director. He made musical hits like Jab Pyar Kisi Se Hota Hai (1961), Phir Wohi Dil Laya Hoon (1963), Teesri Manzil (1966), Baharon Ke Sapne (1967), Pyar Ka Mausam (1969), Caravan (1971), Yaadon Ki Baraat (1973), and Hum Kisise Kum Naheen (1977).
Nasir Hussain was an admirer of Dev Anand, when he was making his first film as a director Tumsa Nahin Dekha he wanted Dev Anand as his hero but Dev Anand refused the film because of the heroine being a newcomer so Shammi Kapoor was approached. Similarly when Teesri Manzil was planned Dev Anand was signed for the film but due to differences with Hussain he opted out and Kapoor was cast.

Nasir Hussain introduced Asha Parekh with the film Dil Deke Dekho opposite Shammi Kapoor since then she was in all of Hussain's films until Caravan (1971). Hussain, Majrooh Sultanpuri, and R.D. Burman collaborated on Teesri Manzil, Baharon Ke Sapne, Pyar Ka Mausam, Caravan, Yaadon Ki Baraat, and Hum Kisise Kum Naheen.
He made Yaadon Ki Baraat in 1973 which was written by Salim-Javed, who had written Zanjeer the same year. Both the films dealt with the hero wanting to avenge his father's death, and both featured Ajit as the villain. Yaadon Ki Baraat has been identified as the first masala film.
The 1980s were not good for him, all his films Zamane Ko Dikhana Hai (1981), Manzil Manzil (1984) and Zabardast (1985) all flopped, Hussain's son Mansoor Khan took over the reins of Nasir Hussain Films, although Hussain continued to write scripts and dialogues for films like Qayamat Se Qayamat Tak (1988) and Jo Jeeta Wohi Sikander (1992). In Qayamat Se Qayamat Tak, he introduced his nephew Aamir Khan as a hero. Qayamat Se Qayamat Tak was a milestone in the history of Hindi cinema, setting the template for Bollywood musical romance films that defined Hindi cinema in the 1990s