Sanjeev Kumar- The Actor of All Seasons 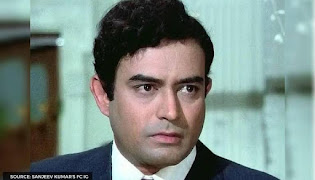 Sanjeev Kumar ( 9 July 1938 – 6 November 1985) started his acting career as a theatre actor He made his film debut with a small role in Hum Hindustani in 1960, got his first break in hindi film as hero in Nishan which was directed by Aspi Irani.released in 1965 He did stunt films like Husn Aur Ishq, Ali Baba and Forty Thieves, Nishan, Smuggler and Gunehagar, Raja Aur Runk.He  made his presence felt by his natural and down-to-earth performance as a doctor and as Sumita Sanyal’s lover in Ashirwaad. In 1968 he left footprints of his talent in 'Sangharsh' opposite Dilip Kumar. In 1969, Hrishikesh Mukherjee cast him in a strong supporting role as hero Dharmendra’s friend in Satyakam..In 1970, the movie Khilona brought Samjeev Kumar recognition.

Gulzar first spotted him; later he cast him in the roles of older men in Koshish (1973), Aandhi (1975) and Mausam (1975) He never minded playing small roles or playing older roles. He played older roles and always cared about the scope of the roles.Sanjeev Kumar was an actor for all seasons. Be it comedy or tragedy, he could do it effortlessly. Sanjeev Kumar was known for his iconic roles in the films like Sholay, Trishul, Shikar, Pati Patni Aur Woh etc 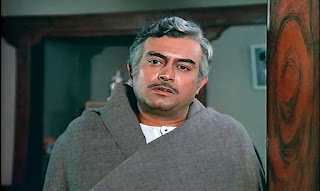 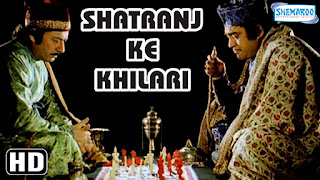 His role as Mirza Sajjad Ali, a chess-obsessed Lucknowi (citizen of Lucknow), in Satyajit Ray's classic Shatranj Ke Khilari (1977) exemplified that aspect. Perhaps his best remembered roles were in the blockbuster films Sholay (1975) and Trishul (1978). His portrayal of the character Thakur, from Sholay, released in August 1975 was one of his stellar performances. In Naya Din Nayi Raat (1974) he played Nine Roles ,Beside hindi films he has done many regional films in different languages including Marathi, Punjabi, Tamil, Telugu, Sindhi and his mother tongue Gujarati.

Sanjeev Kumar lived life rough and had a strange premonition that he would die before he was 50, as no male member in his family had lived beyond 50. He was barely 46 when he died on November 6, 1985.

Song from Pati Patni Aur Woh
If you liked this Blog, you would also appreciate my Youtube Channel Bollywood Unplugged , the link is given Below
https://youtu.be/HYmLiQ0MPmk