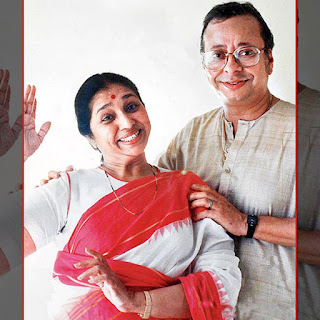 Though they both were completely different from each other, came from different backgrounds, and had a considerable age gap, these two legends of the Bollywood music industry, fell in love, in the course of creating memorable and melodious songs for us.
Music brought them closer,her voice and his music were just made for each other. They created foot tapping, heart pounding, and even endearing melodies together, which stay in our hearts even now, so many years after their releases.
Asha Bhosle first met RD Burman in 1956, she was an experienced playback singer, and R D Burman the teenage son of a legendary composer. Ten years later, they would collaborate on their first film, Teesri Manzil. From this film started a creative and romantic partnership that revolutionised Hindi Film Music.
After Teesri Manzil both sang together a song in 1970 film The Train,Meri Jaan Maine Kaha which became hit.Asha Bhosle and R D Burman created nostalgia from Dum Maro Dum from Hare Rama Hare Krishna.The same year released Caravan,it's song Piya Tu Ab To Aaja became a cult song of this Jodi. 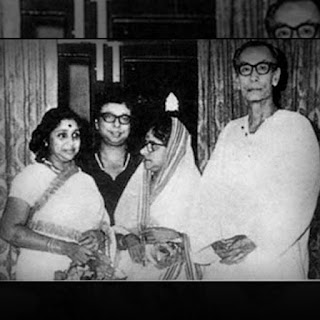 ,
Asha and R.D. tied the knot in the year 1980, and it was much evident, that these two lost souls had finally found the notes to complete their unfinished song of love. Their varying tastes, the criticism of people due to Asha being 6 years elder, nothing mattered to them. The only thing that mattered was their unending love for each other that lasted till the last breath of Pancham Da.