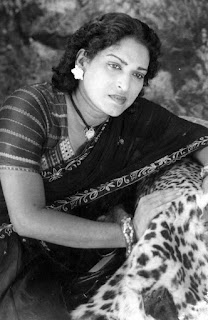 Amirbai Karnatki (19 Feb 1906 – 3 March 1965), was a famous actress/singer and playback singer of the early Hindi cinema She was a singing star of the late 30s and 40s.In 1943, with the release of Bombay Talkies' Kismet (1943 film), she achieved popularity: the songs of Kismet became a rage and Amirbai became famous.
Mahatma Gandhi was an ardent fan of her song Vaishnav Jan To. She was fluent in Kannada (mother tongue) and Gujarati languages. "Mahre te gamray ek baar aawjo" is one of her famous Gujarati songs from the film Ranrakdevi.
She was not a trained singer but during the 1940s, Amirbai became one of the most sought after singers. She reached her career peak by 1947. There was a time. when other singers used to get Rs. 500 for singing a song, Amirbai used to get Rs. 1000 per recording. Those days she avoided taking acting roles and concentrated more on her singing.

After 1947, Lata Mangeshkar became a rising star, so once again Amirbai switched over to acting. In her later years, she mostly played character roles. Amirbai also composed music for Wahab Pictures' film Shehnaaz (1948). In the same year, she almost left Hindi Cinema for Gujarati and Marwari films. 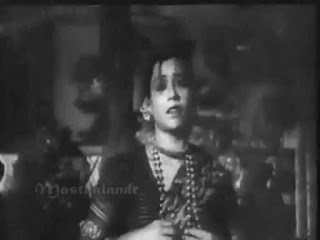 She had a paralytic attack in 1965, died just four days later and was buried in her hometown. A cinema hall is still run in the name of "Amir Talkies" in the city of Bijapur, by her family. 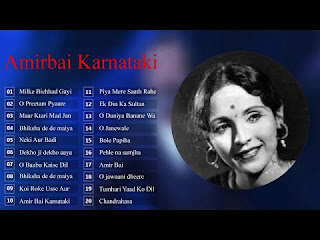