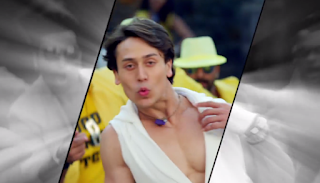 Whistling is an old art used in songs started in 1930s and 40s. A whistle can be used to express happiness or woo a beloved. Many a times whistling is a part of hero’s introduction song, where he is shown to whistle happily, either walking or riding a bicycle, or driving a car.
When we talk about whistling in Hindi films,one image immediately comes to our mind of Dev Anand.  As a matter of fact whistling was quite in vogue in most of the Dev Anand films and before the advent of the music from electronic instruments, whistling formed an integral part of the world of Hindi music.
Kishore kumar and Hemant Kumar are other two singers and composer who gave us some great songs. In the modern era the whistling after passing away of Pancham revived in a big way with Vishal Bhardwaj's ''Chod aaye hum wo galiyan.. from the film MACHIS sung competently by Suresh Wadekar and it again was a song that conveyed the sprit of vagabond and gay-abandon, what whistling signifies. It was followed by ''Pahli pahli Baar from DIL TO PAAGAL HAI which was composed by Anand Milind. Among other great songs based on whistles that the Hindi cinema has produced in the recent memory is '' Kiska Hai ye Tumko Intezaar main hoo Na''. from MAIN HOON NA, and ''Chand Sifarish Jo Karta Hamari''...from FANAA.

I think this is the first whistle song of bollywood. This was from the film Khajanchi released in 1941 sung by Shamshad Begum,Khan Mastaan and chorus.

This song is sung by Arun Kumar Mukherji. from 1944 film Caravan. “Seetee” figures prominently in the lyrics and one can also hear whistling in this song.Music of this innovative song is composed by Bulo C Rani.

Whistling is an interlude that can have an esoteric story of its own to tell. So there is the gentle teasing of a statuesque Madhubala on a surreal stage by Kishore Kumar in ‘Nakhrewali’ in New Delhi (1956)

Another song from the same film,  a romantic one with elements of ‘Chhed-Chhad’ in it. Plenty of whistling to listen to

The whistling in this song has become an identity of the song and it’s very exciting to listen to it.Here we find the ladies whistling happily along the roads of Old Bombay (Marine Drive).

Another whistling song was seen in Aakhari Dao (1958).The song picturised in a car on Nutan. Nutan is seen enjoying the ride with Shammi, the latter whistling throughout the song.

This particular song has a very freshening touch to whisling, Asha’s voice just lingers through out the song.

In this hit song whistling can be heard in the last,the song was sung by Asha Bhosle and picturised on Sharmila Tagore and Manoj Kumar
Song from Sawan Ki Ghata 1966

Whistling in this song from Khamoshi has a sense of foreboding; unlike the other songs it carries no cheerful promise, only loneliness for the protagonist withdrawing from the scene.

Among  the greatest Whistling song is ‘Yeh Shaam Mastani’ from Kati Patang (1970), Rajesh Khanna serenades Asha Parekh, whistling the tune before he breaks into the song. His whistle and words capture their forbidden attraction away from the public gaze.

How whistling can make a career is a perfect example to Nagesh Surve who for the first time whistled in Julie After that he never looked back.Having whistled in over 1,500 Hindi film songs,Surve became Hindi film industry's chief whistler, collaborating with top notch music directors, right from Lakshmikant-Pyarelal and Shankarlal-Jaikishan to Shankar-Ehsaan-Loy and Pritam.

In this song the tense moments are eased out with the sound of whistle.

The latest whistling song is from the film Heropanti 2014