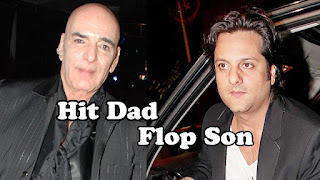 Every parent wants their children to walk on their footsteps and follow the legacy.Bollywood stars too want their children to make a career in acting and rule the industry the way they did.Bollywood is a piece of cake for star kids. But there are few who enjoy success in the industry and make their own identity. Here are some of the ‘flop sons’ of Bollywood’s ‘hit father’. 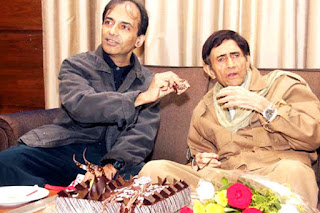 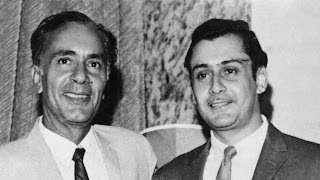 Parikshit Sahni- Son of great Balraj Sahni started with 1968 film Anokhi Raat along with Sanjeev Kumar. got  an independent film as Hero in 1970 Pavitra Paapi opposite Tanuja as his heroine could not make it big in Bollywood.Though he worked as Character actor in many films but he was not as successful as his father.He has also appeared in three of Rajkumar Hirani's blockbuster films Lage Raho Munna Bhai, 3 Idiots, and PK. 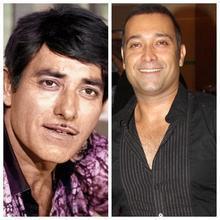 Puru Rajkumar- the son of veteran actor Raj Kumar. He was launched in the 1996 film Bal Bramhachari, which was released only a few months after his father’s death, but unfortunately flopped. After a three-year gap, Puru returned with a negative role in Hamara Dil Aapke Paas Hai, which was a hit. He also had a cameo in Mission Kashmir in the same year (2000). But his career went downhill after that . 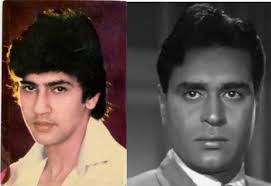 Kumar Gaurav -Rajendra Kumar's son who made his debut with a super hit film Love Story in 1981.After that he came as hero in many films like Star (1982) Lovers,Romance in 1983,Hum Hain Lajawab, All Rounder and Divorce in 1984.None of his films clicked at Box Office. He has been successfully paired with almost all young ladies of ’80s – Poonam Dillon, Rati Agnihotri, Neelam, Vijeyta Pandit, Madhuri Dixit and Padmini Kolhapure. Yet his pairing with Vijeyta Pandit in their debut movie is still remembered most. His revival project, Phool with the top actress Madhuri Dixit, couldn’t give success though its melodious songs were noticed.He produced his earlier films Janam and Naam, his father tried to revive his career with the 1993 film Phool which also had his father and father-in-law Sunil Dutt in supporting roles. However, it didn't bring him any luck either. 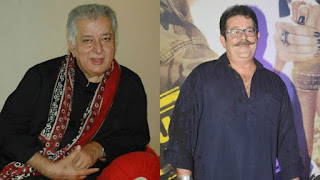 Kunal Kapoor-Son of the late actors Shashi Kapoor and Jennifer Kendal,Made his debut with  Ahista Ahista (1981 film) opposite Padmini Kolhapure as well as Vijeta (1982 film).He could not succeed,In 1985, he stopped acting after Trikal to set up his own company, Adfilm-Valas, to producing and direct television commercials. His younger brother Karan Kapoor who got fame from modeling also came in Bollywood with Sultanat (1986) opposite Juhi Chawla as well as later in Loha (1987 film)with Dharmendra but he too could not make it big in bollywood. Karan now runs a photography company in UK. 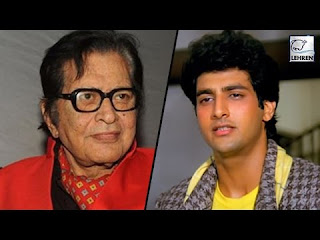 Kunal Goswami-Made his film debut as a child star in Kranti (1981) which was directed by his father Manoj Kumar. He acted in B-grade movies such as Ghungroo, Kalakaar and Paap Ki Kamee.  His acting didn't take off as well as he would have liked, so he went in to the catering business in Delhi. He decided to give acting a second shot, and his father directed him again in Jai Hind (1999). 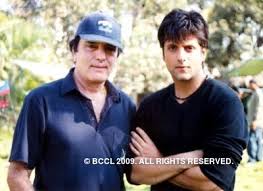 Fardeen Khan-Son of famous actor Firoz Khan, Fardeen Khan debuted in Bollywood in 1998 with his movie ‘Prem Agan’. In his 12 years career of Bollywood, he did movies like ‘Jungle’, ‘Pyar Tune Kya Kiya’, ‘Fida’, ‘Dev’, and ‘All the Best’, but most of his movies couldn’t impress audience much.His cousin brother Zayed Khan son of Sanjay Khan  made his screen debut in 2003 in the film Chura Liyaa Hai Tumne,He is known for his performance as Lakshman a.k.a. Lucky in Main Hoon Na (2004), Aditya Singh in Dus (2005), Vikky Khanna in Fight Club - Members Only (2006), Danny Yuvvraaj in Yuvvraaj (2008), and as Sam/Aditya in Blue (2009). 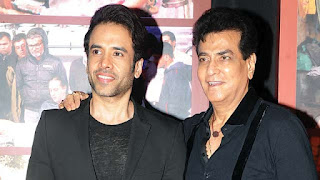 Tusshar Kapoor-son of veteran actor Jeetendra and younger brother to Ekta Kapoor.made his debut with  the blockbuster Mujhe Kucch Kehna Hai,(2001).along with Kareena Kapoor.He received the Filmfare Award for Best Male Debut for his work in the film. He then starred as Rahul in coming of age film Kyaa Dil Ne Kahaa alongside Esha Deol.He worked in many commercial hits such as Khakee (2004), Kyaa Kool Hai Hum (2005), Golmaal (2006), Shootout at Lokhandwala (2007) But he has not made it big. 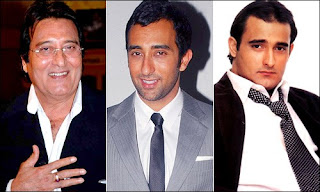 Rahul Khanna-He is the son of actor Vinod Khanna.He made his feature film debut in Deepa Mehta's 1947 Earth (1999), alongside Aamir Khan. His performance earned him several awards including the Filmfare Best Male Debut Award. His younger brother is Akshay Khanna made his acting debut in Bollywood in 1997 with the movie Himalay Putra, which was produced by his father and went without much success at box office.After that a string of unsuccessful films followed such as Mohabbat (1997), Kudrat (1998), Laawaris (1999), Love You Hamesha (1999) and Dahek (1999).followed.In 1999, he starred in Rishi Kapoor's Aa Ab Laut Chalen; though the film did average business, he was praised for his acting. He next starred in Subhash Ghai's Taal opposite Aishwarya Rai.In 2001, Khanna appeared in Farhan Akhtar's cult classic Dil Chahta Hai. This marked a turning point in his career: the film was a commercial and critical success and Khanna's performance was particularly applauded, later validated by Filmfare Award for Best Supporting Actor in 2002. 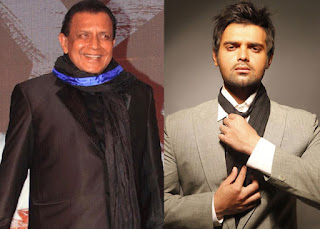 Mimoh Chakraborty- the son of original disco dancer of Bollywood, Mithun Chakraborty. Leave alone not matching up to his father’s  renowned dancing skills, Mimoh’s acting career took a downward spiral after his debut film Jimmy in 2008. The 2013 release Enemmy with father also tanked. 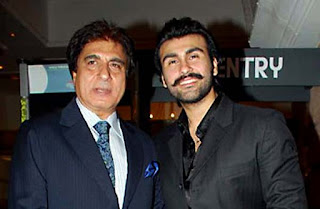 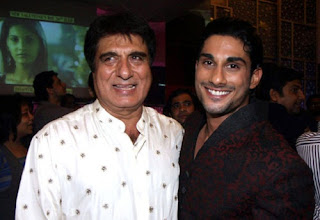 Pratik Babbar  -The son of late actress Smita Patil and Raj Babbar, he began his career as a production assistant before pursuing an acting career.He made his screen debut with the 2008 film Jaane Tu... Ya Jaane Na, and was praised for his performance in the film.Babbar played a variety of roles in 2011, appearing in commercially viable projects such as the crime thriller Dum Maro Dum and the political drama Aarakshan, while drawing the attention of critics for his performances in independent films, including the drama Dhobi Ghat and the romantic comedy My Friend Pinto.