25 Beautiful Bollywood songs that you can dedicate to your partner in order to express love. 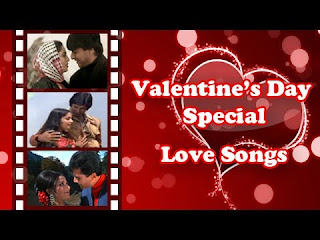 Today on Valentine's Day nothing is better than music to show your someone special what you feel for his or her.Bollywood has always been admirer of Love & Romance start from Black & White Era. Hundreds of romantic songs were written,composed and Picturised. Some have become immortal.On this occasion I have selected 25 such songs that look certain to last for a long, long time, perhaps even forever. We hope you enjoy this presentation.

The first song on my list  is in chaste Sanskritised Hindi, which I think is quite appropriate and extremely suitable for a song of this nature. It is a rare song that deserves to be better known among music lovers. To those who may be wondering, this song is about a ras ka lobhi bhanwra getting trapped inside a flower. The lady is wondering why the lotus flower is swaying despite there being no breeze, and the gentleman (King Vikramaditya most probably) explains that is a bhanwra, trapped inside the flower that is trying to come out. Very nice imagination from the poet.Singers are Rajkumari, Manna Dey, Lyrics byRamesh Gupta, MD-Shankar Rao Vyas.The film is Vikramaditya(1945)

This is a rare song picturised on Shyam and Naseem Bano,mother of Saira Bano.from the film  Shabistan released in 1951.Chitalkar sings the first line and then Talat sings for Shyam (last line may also be CR). Geeta sings for Naseem. So its a trio.