Rajesh Khanna-The heartthrob of the young generation of 1970s, 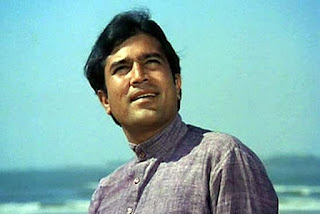 Rajesh Khanna (29 December 1942 – 18 July 2012) was the first Super Star of Bollywood.He was a craze among women.Women  would wait for hours to have a glimpse of him, marry his photographs and even name their sons after him.Sharmila Tagore said in interview to Indian Express, “Women came out in droves to see Kaka (Khanna). They would stand in queues outside the studios to catch a glimpse, they would marry his photographs,they would pull at his clothes. Delhi girls were crazier for him than Mumbai girls. He needed police protection when he was in public. Fans kissed his car, which would be covered with lipstick marks, and lined the road, cheering and chanting his name.
The hysteria he generated was unlike anything seen before and after. As hit followed hit, and women all over the country swooned over him, Rajesh Khanna admitted feeling “next to god”He was the Box Office Badshah at one point of time.He had 15 consecutive super hits between 1969 to 1971, which is still an unbroken record in Indian film history.His greatest acting glory could be marked in Hrishikesh Mukherjee’s “Anand”, in which Rajesh Khanna enacts the role of a cancer-patient who knows that his days are being numbered.
He shared a close relationship with R.D. Burman and Kishore Kumar. The trio of Rajesh Khanna, Kishore Kumar and R.D. Burman went on to make a number of popular films, including Kati Patang, Amar Prem, Shehzada, Apna Desh, Mere Jeevan Saathi, Aap Ki Kasam, Ajnabee, Namak Haraam, Maha Chor, Karm, Phir Wohi Raat, Aanchal, Kudrat, Ashanti, Agar Tum Na Hote, Awaaz, Hum Dono and Alag Alag 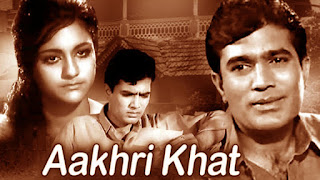 He made his debut in 1966 with Aakhri Khat.but became Super Star only after the release of Aradhna in 1969.He received the Filmfare Best Actor Award three times and the BFJA Awards for Best Actor (Hindi) four times.He was also a Lok Sabha member of the Indian National Congress from New Delhi (Lok Sabha constituency) from 1992 to 1996
During his career, Khanna played the lead in 74 films that were shown in cinemas for more than 50 continuous weeks (Golden Jubilee Hits) which includes 48 films which ran for 75 weeks (Platinum Jubilee hits) and 22 films that were shown for more than 25(Silver Jubilee hits), but less than 50 weeks. 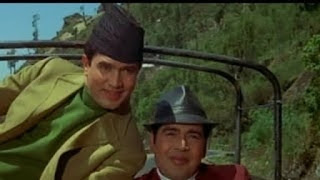 Khanna died on 18 July 2012, after a period of illness. Khanna has been posthumously awarded India's third highest civilian honour, Padma Bhushan.He has also been honored with a stamp and statue in his likeness, and a road being renamed after him.