The earlier Years of Mehmood 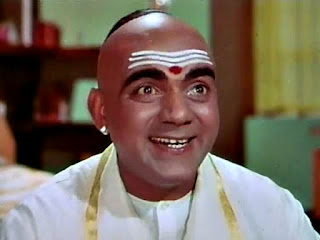 Mehmood, son of character actor Mumtaz Ali, who was having a dance troupe "Mumtaz Ali Nites" performed all over India. His career slumped due to his alcoholism, leading Mehmood to work as a child artist and daughter Meenu Mumtaz to work as a dancer in his stage shows and later movies. He had a tough time when starting out in the Hindi film industry.
He did every kind of odd job from becoming a driver for director PL Santoshi.He also assisted him on the sets. If Santoshi sent him out to buy cigarettes or other small things, he would invariably keep the change.  He also got the job of teaching Table Tennis to Meena Kumari.
He also worked as assistant cameraman with Arjun Desai, as an assistant set designer with Kamleshwar Sehgal, as an assistant editor with DN Desai.He also worked with Hemant kumar as office assistant for some time.Hemant Kumar who knew the hardship he was facing once even let him sing in the chorus so that he could make some money.
It was in 1954 when Hemant Kumar was giving music for Nagin,in a song  ‘O Zindagi Ke Denewale’ he took Mehmood as a chorus singer but he was singing so badly that Hemant Kumar’s assistant Ravi asked him to leave. Mehmood begged Ravi to let him stay, but Ravi was adamant. However, Hemant Kumar knew of Mehmood’s dire straits, so he asked to remain and merely lip-sync the song without any sound.
In his childhood Mehmood worked in few films of Bomay Talkies as a child artist(Kismet of Bombay Talkies was his first film as child artist) so he thought of to switch to acting and started going to one producer to another to beg for work.
He was first offered a small role as a murder victim in CID and then acted in films like “Do Bigha Zameen” and “Pyaasa”. He got his first major break in the film Parvarish in 1958. After Paravrish, Mehmood’s comic talent was recognized in the industry.

His first breakthrough film as a comedian was Chhoti Behen in 1959. The movie also created one of the most successful comedy pairings of the sixties – Mehmood and Shubha Khote.Their next film was Sasural in 1961 which was hit and thus Jodi became super hit for years to come.
Here are some of the great songs of Mehmood and Shubha Khote