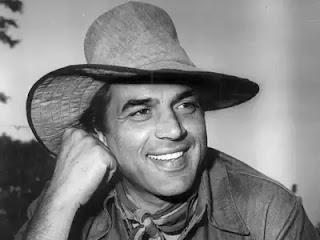 Dharmendra has been ruling hearts for nearly 60 years now. The legendary superstar debuted with the film titled ‘Dil Bhi Tera Hum Bhi Tere’ in the year 1960. Became popular with Phool Aur Patthar(1966). Since then he has been continuously contributing to the Indian Film Industry by donning multiple hats.
The smitten audience dotingly showered him with nicknames like “Action King” and “He-Man” majorly for his super hit roles in action movies. People were hooked to his fighting scenes. Dharmendra has bagged multiple hits on the box office, but one of the most loved movies of his is “Sholay” which was released in 1975.
Dharmendra was born on 8th Dec 1935 as  Dharam Singh Deol of Nasrali, a small village not far from the main city of Ludhiana, Punjab. Kewal Kishan Singh and Satwant Kaur were his proud parents and belonged to the Jat Sikh community. 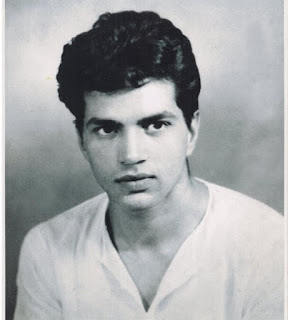 Dharmendra went on to star in a number of action films between 1976–84, including Dharam Veer, Charas, Azaad, Katilon Ke Kaatil, Ghazab, Rajput, Bhagawat, Jaani Dost, Dharm Aur Qanoon, Main Intequam Loonga, Jeene Nahi Doonga, Hukumat and Raaj Tilak.He worked with Jeetendra in Dharmveer, Samraat, Burning Train,Jaan Hatheli Pe, Kinara, Dharam Karma, Nafrat Ki Aandhi.He also played con man or as gangster in Shalimar, Qayamat, Jaan Hatheli Pe, Jhuta Sach, Sitamgar, Professor Pyarelal and Phandebaaz.
He has worked with various directors, each with a different style of film-making. His longest collaboration was with director Arjun Hingorani from 1960-91. Dil Bhi Tera Hum Bhi Tere was the debut film of Dharmendra as an actor and Arjun's first directorial venture with Dharmendra as the lead hero. They worked together in Kab? Kyoon? Aur Kahan?, Kahani Kismat Ki, Khel Khilari Ka, Katilon Ke Kaatiland Kaun Kare Kurbanie where Arjun Hingorani was the producer and the director, and Sultanat and Karishma Kudrat Kaa, produced by Arjun Hingorani. He worked with director Pramod Chakravorty in Naya Zamana, Dream Girl, Azaad and Jugnu. Dharmendra has played dual roles in many films such as Yakeen (1969) as both the hero and the villain, Samadhi (1972) as father and son, Ghazab (1982) as twin brothers, the unrelated identical person in Jhuta Sachch and Jeeo Shaan Se (1997) in triple roles. 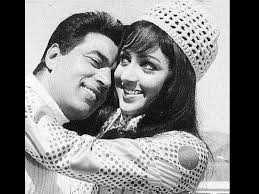 Dharmendra's career seemed to have discovered a magical elixir -- Hema Malini. The Dharam-Hema pair resulted in seven straight successes -- Sharafat, Tum Haseen Main Jawan, Naya Zamana, Raja Rani, Seeta Aur Geeta, Jugnu and Dost. Rumours of their off-screen love affair fuelled their on-screen draw.
He experimented with film production; he launched both of his sons in films: Sunny Deol in Betaab (1983) and Bobby Deol in Barsaat (1995) as well as his nephew Abhay Deol in Socha Na Tha (2005). He was the presenter for his films like Satyakam (1969) and Kab Kyun Aur Kahan (1970). In one of her interviews, actress Preity Zinta has been quoted as saying that Dharmendra is her favourite actor. She recommended him to play her father's role in Har Pal (2008) 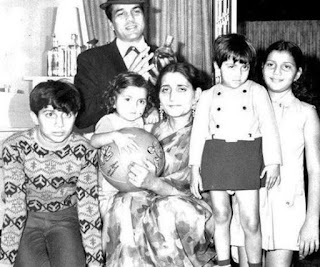 Dharmendra's first marriage was to Parkash Kaur at the age of 19 in 1954. From his first marriage, he has two sons, Sunny and Bobby, successful actors, and two daughters, Vijeeta and Ajeeta. He has four grandsons.
Dharmendra also wed Hema Malini after allegedly converting to Islam to stay married to his first wife without having to get a divorce. The couple has two daughters, Esha Deol and Ahana Deol.
He was a member of the 14th Lok Sabha of India, representing Bikaner constituency in Rajasthan from Bharatiya Janata Party (BJP). In 2012, he was awarded India's third-highest civilian honour Padma Bhushan by the Government of India.