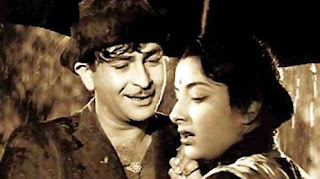 Raj Kapoor(14 Dec 1924), who was one of the greatest and most successful directors who started at a young age of 24 and also one of the best actors in the history of Indian cinema. He was a pioneer in making Hindi cinema bolder, by making his heroine show off their beauty on the silver screen. He had a fascination of seeing his heroines wearing a white saree in at least one scene in his films.
One may recall the white-saree clad heroines of RK Films as Nargis in Awara, Padmini in Mera Naam Joker, Vyjayanthimala in Sangam, Zeenat Aman in Satyam Shivam Sundaram, Mandakini in Ram Teri Ganga Mail and also Padmini Kolhapure in Premrog. His ‘woman in white’ fascination can be traced from his wife Krishna. It started before he marrying Krishna. It is said that Raj Kapoor once saw Krishna a young girl in a white saree with mogas in her hair, playing the sitar. That was the time when Krishna taking music lessons. Being an artiste, he reacted to the visual. He was reminded of Goddess Saraswati. The image of the ‘lady in white’ stayed in his mind and was later seen in his films.If you recall Krishna, his wife always wore white and had a flower in her hair. 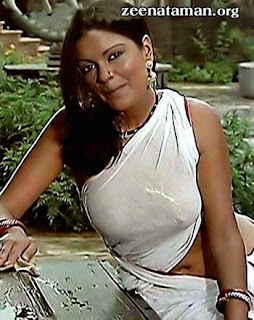 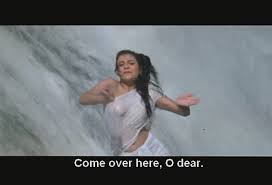 Very few know that Nargis who was Raj Kapoor's heroine in Barsaat 1949 and Awara 1951  was dubbed as the Lady in White, given her penchant for white sarees. “She wore only cotton and organza with a little embroidery.
Raj Kapoor the person was not very different from the personality. A flair for flamboyance was the hallmark