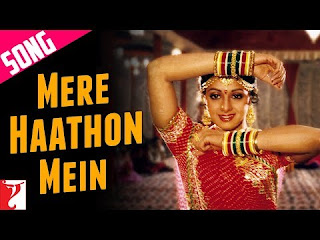 Choodi or Bangles have always been an inseparable part of Indian culture. It is the most important ornament that an Indian woman wears. For married women, bangles hold a special significance as they are a sign of their Suhaag.
No wonder, bangles feature in so many of our films as well as folk songs. This topic came to my mind a few days back when I was watching the movie of Ashok Kumar, Achhut Kanya released in 1936. The movie has a song and dance by Mumtaz Ali, the father of legendry comedian Mehmood. In this song, he played a Choodi Wala. I have included this rare song in this Blog.
This song belongs to the time when things were looking up for Mumtaz Ali. It reflects in the easy grace with which he sings and dances to this song.

Song of Achhut Kanya 1937
Another popular Choodi song before Independence is from 1941 film Khajanchi. This song was sung by Shamshad Begam. The song is picturized on Manorama who teases her brother (played by S D Narang) in this song by singing this song about “Choodi”( glass bangles)

This song is from the 1953 film Paapi, Raj Kapoor played a double role in this film. This Choodi song became very popular, sung by Mohammad Rafi for Raj Kapoor.

The next song is from “Hare Kaanch Ki Choodiyaan” (1967)  that was produced by Kishore Sahu to launch his daughter Naina Sahu.