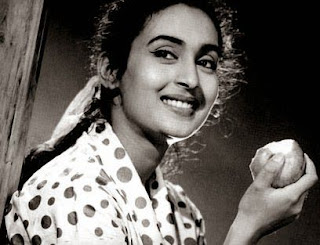 Her mother a top heroine of her time Shobhna Samarth wanted her daughter to be a heroine.She was actually dismissed by unfeeling relatives as skinny and ugly.So she launched her as a heroine in Hamari Beti (1950) but the film didn't do well.she got recognition only in 1955 with the film Seema,she received her first Filmfare Award for this role. 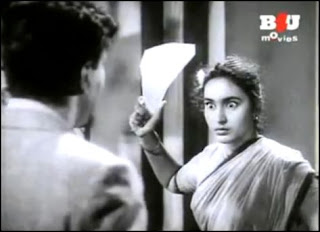 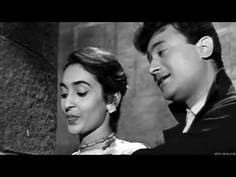 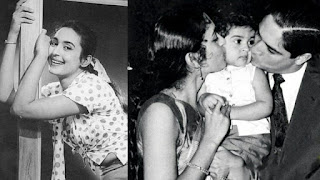 In 1959, Nutan married Naval Lieutenant Commander Rajneesh Behl and took a small break when her son Monish was born. She did do a film with her husband, the critically acknowledged Soorat Aur Seerat (1962) and made a stinging comeback to
mainstream Hindi cinema with
Navketan’s Tere Ghar ke Samne (1963), a refreshing romantic comedy opposite Dev Anand, and Bimal Roy’s masterpiece, Bandini (1963), boasting of possibly her greatest ever performance and certainly one of the greatest performances of Indian Cinema.
Nutan’s career shone bright right through the 1960s and 1970s with strong performances in films like Milan (1967) – another Filmfare Award for Best Actress though it has to be said her dual roles in this reincarnation drama were not as challenging as some of the ones she had done earlier – Saraswatichandra (1968), Saudagar (1973) with rising star Amitabh Bachchan, Sajan Bina Suhagan (1978), Kasturi (1978) and Main Tulsi Tere Aangan Ki (1978). She carries the last film, directed most ably by Raj Khosla, entirely on her shoulders
In the 1980s, she played roles in blockbuster films such as Meri Jung (1985), Naam (1986) and Karma (1986). Karma was notable for being the first time she was paired with actor Dilip Kumar. For Mere Jung she won a Filmfare Award for Best Supporting Actress. Her last film released while she was alive was Kanoon Apna Apna in 1989. She died in 1991 of cancer.Two of her films Naseebwala (1992) and Insaniyat (1994) were released after her death.