Rajendra Krishan-The Lyricist who gave us many Immortal Songs 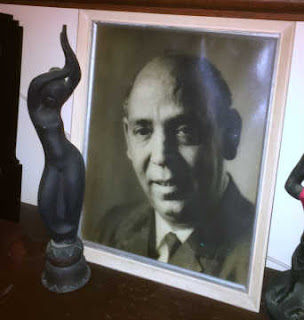 Those who love Bollywood songs are not unknown to the great Rajendra Krishan.He gave us many immortal songs like "Chup chup khade ho zaroor koi baat hai" (Badi-Behen), "Man doley mera tan doley" (Nagin), "Ai dil mujhe bata de,tu kis pe aa gaya hai" (Bhai-Bhai), "Main chali main chali dekho pyaar ki gali" ( Padosan)."Chal ud ja re panchhi ki ab yeh des hua begaana..." and penned such stirring lyrics as "Suno suno ai duniya waalon, bapu ki yeh amar kahani..."
He was born on June 6, 1919 to Parvati and Jagannath Duggal in Jalalpur Jattan of Gujarat district (now in Pakistan).
When he was studying in the eighth class he was attracted towards poetry. In his early work life he had a clerk's job in the municipal office in Simla, where he toiled up to 1942.In the mid-1940s, Krishan shifted to Mumbai to become a screenwriter. His first screenplay was Janta (1947). His first film as a lyricist was Zanjeer (1947). He was first noted for the script and lyrics of the Motilal-Suraiya starrer Aaj Ki Rat (1948). After the assassination of Mahatma Gandhi, Krishan wrote a song Suno Suno Aye Duniyawalon, Bapu Ki Yeh Amar Kahani. The song was sung by Mohammed Rafi and composed by Husnlal Bhagatram, and was a great hit. He also tasted success as a lyricist with the films Badi Bahen (1949) and Lahore (1949). 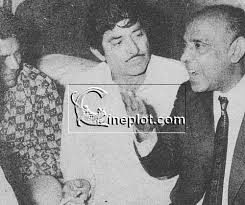