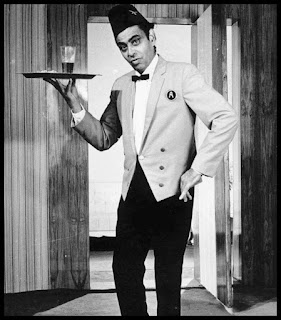 I S Johar(16Feb 1920- 10 March 1984) was an enigmatic, unique and idiosyncratic individual. He was a well-known Indian actor, writer, producer and director of his time. He was famous for putting his name in the title of his movies; like in movies Mera Naam Johar, Johar in Kashmir, Johar in Bombay,Johar Mehmood in Goa and Johar Mehmood in Hong Kong. He also worked in a few top Hollywood films like Laurance Of Arabia, HARRY BLACK AND THE TIGER, Death on Nile (1978),
The noted Indian film director Yash Chopra started his film career as an assistant director under I. S. Johar. He will also be remembered for his triple role in Johny Mera Naam. 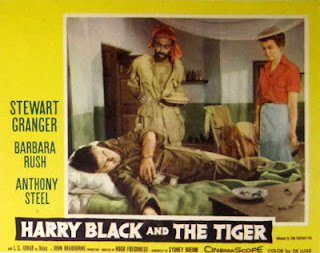 He was born on 16 February 1920, in Talagang (Now in Pakistan), British India. He completed MA degree in Economics and Politics before completing his LLB. In 1947, during the Partition crisis, Johar was visiting Patiala with his family for a wedding, when riots broke out back home in Lahore. He could never go back, and thereafter he worked in Jalandhar for a while, and his family remained in Delhi before he eventually moved to Bombay, where he made his acting debut with Roop K Shorey's, Ek Thi Ladki (1949).
He also wrote and directed films, including the partition-based Hindi movie Nastik (1954), Johar Mehmood in Goa and Johar Mehmood in Hong Kong, in which he co-starred with comedian Mehmood.
In 1963 he starred as "Gopal" in two Italian films directed by Mario Camerini: Kali Yug, la dea della vendetta (Kali Yug, Goddess of vengeance) and Il Mistero del tempio indiano (The secret of the Hindu temple).His film Nasbandi (Vasectomy) was a spoof on Prime Minister Indira Gandhi's failed policy of population control by coerced vasectomies during the period of Emergency and was "banned" when it was first released.
He also made a film Joi Bangla Desh immediately after the formation of Bangla Desh. After that, he made 5 Rifles in 1974 in which he took 5 duplicate actors of popular actors such as Dev Anand, Rajesh Khanna and Shashi Kapoor. 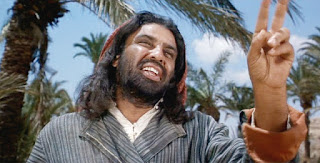 Song of Johar Mehmood in Goa

Song of Johar Mehmood in Goa

Song of Johar Mehmood in Kashmir