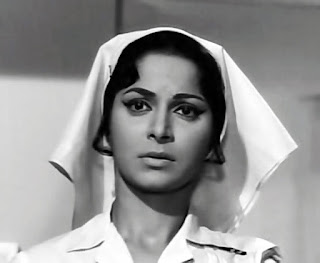 Her first appearance in a Hindi film was in CID (1956) as Kamini then came Gulabo of Pyaasa, Shanti of Kagaz Ke Phool, Rosie of Guide, Hira Bai of Teesri Kasam to Nurse Radha of Khamoshi gave Hindi Film Industry many immortal characters.
In her acting journey, Waheeda Rehman established a great working relationship with Dev Anand, and together as a pair had a number of successful films to their credit. The box office hits of the pair include CID (1956), Solva Saal (1958), Kala Bazar (1960), Baat Ek Raat Ki (1962) and Guide (1965); box office duds were Roop Ki Rani Choron Ka Raja (1961) and Prem Pujari (1970). She reached her peak with Guide (1965) and was much in demand. Rehman was cast as Gulabi in Satyajit Ray's Bengali film Abhijan in 1962.
She has played all type of characters in her journey. She worked in the comedy film Girl Friend in 1960 with Kishore Kumar. She worked in two psychological thriller films Bees Saal Baad and Kohra opposite Biswajeet. 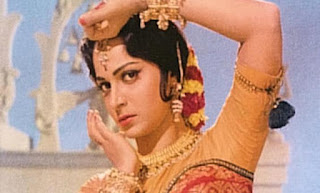 Her career continued throughout the 1960s, 1970s, and 1980s. She won the Filmfare Best Actress Award for her roles in Guide (1965), where she hit the peak of her career, and Neel Kamal (1968), but despite excellent offbeat roles in subsequent films, including a National Award winning performance in Reshma Aur Shera (1971), some of the films failed at the box office. Seeing her films being successful, Waheeda decided to experiment with roles at this stage of career. She accepted Reshma Aur Shera, opposite her old co-star Sunil Dutt, with whom she had previously in the sixties had hits such as Ek Phool Char Kaante, Mujhe Jeene Do, Meri Bhabhi and Darpan. Her performance was appreciated by critics, but the film failed at the box office. But Waheeda continued to experiment with roles and accepted the offer to play a mother to Jaya Bhaduri in Phagun (1973).
She played pivotal roles include Kabhi Kabhie (1976), Trishul (1978), Jwalamukhi (1980), Namkeen and Namak Halaal (1982), Mashaal(1984), Chandni(1989) and Rang De Basanti(2006). She played the central character in the Mahesh Bhatt directed film Swayam that starred Akash Khurana and Anupam Kher. She also appeared in a tele-series being directed by Gulzar.
In recent years she made a comeback playing elderly mother and grandmother roles in Om Jai Jagadish (2002), Water (2005), Rang De Basanti (2006), 15, Park Avenue and Delhi 6 (2009) which were all critically acclaimed.