Madhubala- A Journey from Baby Mumtaz to Madhubala 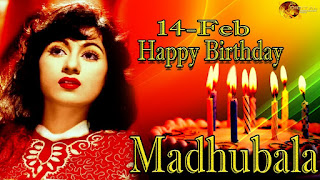 Madhubala (February 14, 1933 - February 23, 1969) the woman who was born on Valentine's Day as Mumtaz Jehan Begum in Delhi. She was one of the five children in the family. At the age of 9, she became the bread earner of the family. She was signed in for the film Basant in 1942 as a child artist as Baby Mumtaz.In this film, she sang two songs and one of them " Mere Chhote Se Mun Mein Chhoti Si Duniya Re "became immensely popular and got many films as a child artist.
Actress Devika Rani was impressed by her performances and potential and advised her to assume the name Madhubala. At the age of 14 she got her first film as a heroine opposite Raj Kapoor who was debuting as a hero in the 1947 film" Neel Kamal"In this film her screen name was Madhubala. The film was not a commercial success, but her performance was received well. It was only a matter of time that Madhubala shot to fame and her work in the 1949 film Mahal got her the success she rightfully deserved. She was just 16. 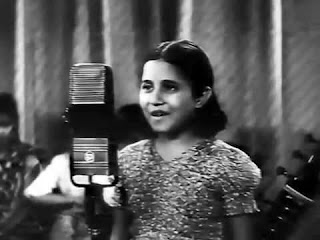 Baby Mumtaz(Madhubala) in Basant 1942
As Baby Mumtaz, she worked in 5 films, Basant(1942) was her first film but her second film " Dhanna Bhagat" came after 3 years in 1945.. In 1946, her 3 films got released. Pujari released first in this film also she sang a song, the next release was "Phoolwari". It was the third highest grossing Indian film of 1946. The film was directed by Chaturbhuj Doshi for Ranjit Studios and is cited as one of the important films of actor Motilal. The third film of that year was Rajputani. 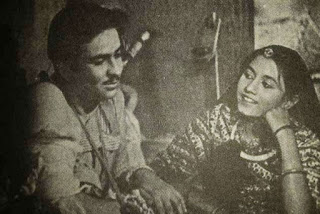 Madhubala in Neel Kamal 1947
Her first film as Madhubala was Neel Kamal which was released in 1947. The next year, she starred in a number of films, namely ‘Parai Aag’, ‘Lal Dupatta’, ‘Desh Sewa’ and ‘Amar Prem’. However, none of them did much to promote her career as an actress, in fact, she appeared in 12 films after Neel Kamal none of the films clicked in Box Office.
It was in the year 1949 that success finally came Madhubala’s way. She starred in Bombay Talkies production, ‘Mahal’, opposite seasoned actor Ashok Kumar. The film went on to become a major success and established her as a star. She was applauded not only for her talent, but also for her enigmatic screen presence and beauty. Following ‘Mahal’, Madhubala was seen in a number of successful films. 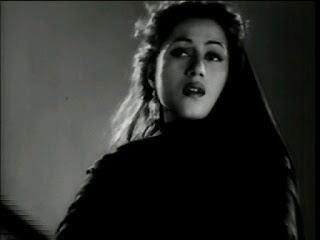 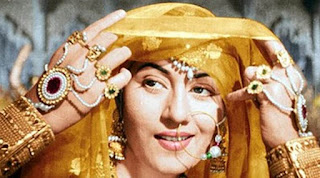 During the career span of 22 years, Madhubala was known for her roles in more than 70 films of variety of genres such as Mahal (1949), Dulari (1949), Beqasoor (1950), Tarana (1951), Amar (1954), Mr. & Mrs. '55 (1955), Chalti Ka Naam Gaadi (1958), Howrah Bridge (1958) and Mughal-e-Azam (1960) with actors such as Dilip Kumar, Guru Dutt, Ashok Kumar, Dev Anand, Kishore Kumar and many more as her co-stars. Out of 73 Hindi films, only fifteen of them were successful at box office. She received her only nomination for a Filmfare Award for Best Actress for her performance in Mughal-e-Azam (1960).
Madhubala had a long relationship with actor Dilip Kumar, but instead, she married her Chalti Ka Naam Gaadico-star Kishore Kumar in 1960. Together they had worked in films such as Dhake Ki Malmal (1956), Chalti Ka Naam Gaadi (1958), Jhumroo (1961), Half Ticket(1962). Madhubala's life and career were cut short when she died on 23 February 1969 from a prolonged illness at the age of 36 thus ends the journey of Madhubala.
Madhubala is, by far, the most iconic silver screen goddess India has produced.

Watch Madhubala as Baby Mumtaz singing in her own voice