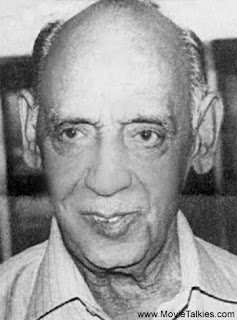 After the assassination of Mahatma Gandhi, Krishan wrote a song Suno Suno Aye Duniyawalon, Bapu Ki Yeh Amar Kahani. The song was sung by Mohammed Rafi He also wrote "Jahan daal daal par sone ki" for Sikandar-E-Azam.
He is  is known for his association with the composer C. Ramchandra. He worked with several other music directors including Shankar-Jaikishan, Ravi, Rajesh Roshan, Madan Mohan.
In the mid-1940s, Krishan shifted to Bombay (now Mumbai) to become a screenwriter in the Hindi film industry. His first screenplay was Janta (1947). His first film as a lyricist was Zanjeer (1947). He was first noted for the script and lyrics of the Motilal-Suraiya starrer Aaj Ki Raat (1948). His first success as a lyricist came with the films Badi Bahen (1949) and Lahore (1949).
The 1951 movie Albela was the film in which Rajinder Krishan paired with C Ramchandra to make some very memorable songs.
In 1953, he wrote 4 songs for Anarkali. Ananrkali was his second movie with C Ramchandra.
He won Filmfare Award for best lyricist for the movie Khandan (1965) for the song "Tumhi mere mandir, tumhi meri pooja".
He died on 23 September 1987 in Mumbai.