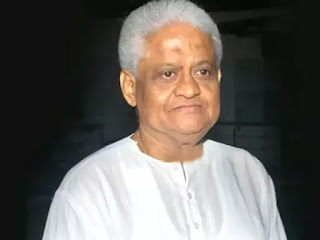 Pyare Lal ji of the Laxmikant Pyare Lal music duo may not be giving music any more but he is still actively participating in musical events.
At an age when other children were busy reciting nursery rhymes, Pyarelal could play several instruments with phenomenal dexterity? Obviously, the Gods decided to make him a musical genius whereby he was not only invited to music studios at the age of ten but also blessed with a lifelong friend in senior mandolin player Laxmikant.
Could you believe that at the age of 14, he arranged music for Khayyam for ‘Phir Subah Hogi'; its songs are remembered till date for their haunting orchestration. 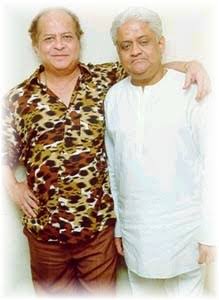 Pyarelal credits Laxmikant for their partnership and for motivating him into turning composer. He recalls, “I was ready to sail for Venice in 1957 but Laxmikantji advised me to stay back as he felt we could form a great music team.” The decision may have meant spurning the chance of being a disciple of the legendary Yehudi Menuhin but it also led to the duo composing music for over 750 Hindi films.
Pyare Lal ji learned violin from his guru Anthony Gonsalves'.
The popular song, ‘Main Ye Soch Kar,' from ‘Haqeeqat,' which he created and played on Madan Mohan's request!. He was a. musician with SD Burman for few years, he became a good friend of R D Burman. Later he gave music arrangements to R D Burman's ‘Chhote Nawab' and ‘Bhoot Bangla.
Laxmikant and Pyarelal met at Sureel Kala Kendra, a music academy for children, run by the Mangeshkar family. After she came to know about their financially poor backgrounds, Lata recommended their names to music directors like Naushad, Sachin Dev Burman and C. Ramchandra.
Pyarelal often used to frequent the Bombay Chamber Orchestra and the Paranjoti Academy, where he would perfect his skills in the company of Goody Seervai, Coomi Wadia, Mehli Mehta and his son, Zubin Mehta. Laxmikant–Pyarelal were not content with the payments being made to them for their music, so they decided to go to Madras (now Chennai). But, it was the same story there. So, they returned back to Mumbai.
The two became assistant music directors in 1957 and after assisting Kalyanji-Anandji in a few films, they got their first break in the low-budget costume drama, Parasmani (1963).
The song Hansta hua noorani chehra hit the bull's eye. A year later, Parasmaniwas followed by Dosti. With songs like Chahunga main tujhe and Janewalon zara, there was no looking back.
In 1966 L-P started cementing their place in Hindi film music. L-P's first musical hit film, with a big star cast, Aaye Din Bahar Ke was released, followed by Pyar Kiye Jaa.
In 1967, L-P consolidated their position in the Hindi film industry with a series of hits, one after another. Non star cast film Farzwas L-P's first golden jubilee musical hit, followed by big star cast films such as Anita, Shagird, yet another Golden Jubilee hit, Patthar Ke Sanam, Night in London, Jaaland another evergreen musical hit Milan. L-P received their second Filmfare Trophy for Milan without any stiff competition.
Laxmikant–Pyarelal's tunes used to be very simple but at the same time it used to be extremely sweet, catchy and melodious. LP had an excellent sense of what would work at the common man's level and in cinema halls, more than in Internet forums. They had a vast command over Folk and Hindustani Tunes. L-P (Laxmi-Pyare), were the composers who excelled, consistently, for more than three decades.
Lata Mangeshkar also played a major role in shaping up the careers of Laxmikant–Pyarelal. She sang the highest number of songs for them.
Asha Bhosle recorded almost 494 songs for Laxmikant-Pyarelal. Their collaboration lasted almost 35 years, 1963-1998.
Mohammad Rafi has sung as many as 379 songs under Laxmikant-Pyarelal. This is the highest number of songs sung by Mohammad Rafi with any of the music directors in Hindi film music.
Laxmikant-Pyarelal also produced some memorable songs rendered by Kishore Kumar, (402).
Laxmikant–Pyarelal kept a balancing act between Mohammad Rafi (379 songs) and Kishore Kumar (402 songs). During the peak wave of Kishore Kumar after Aaradhana, it is Laxmikant–Pyarelal who gave highest numbers of songs to Mohammad Rafi.. In 1977 L-P brought back the glory of Mohammad Rafi through "Amar Akbar Anthony" and "Sargam".
After Laxmikant's death, Pyarelal has done some work independently. When the playback singer Kumar Sanu turned music director, he approached Pyarelal to arrange music for him. Pyarelal was approached to assist in the music of Farah Khan's Om Shanti Om song "Dhoom Tana"
Despite an outstanding run of success, fame sits lightly upon Pyarelal's shoulders. He has no airs and speaks so softly that you have difficulty in catching his words.