The Invisble Men of Bollywood 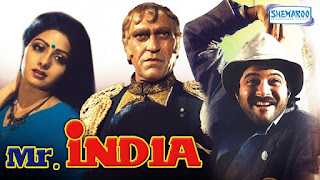 The idea of invisibility has always fascinated cine-goers. The idea of an invisible man originated from the novel by H. G Wells published in 1897. The first movie in this novel was made in 1933 in Hollywood by Universal Studio. Since then many films are made on this subject.
The invisible man has been a runaway success in Bollywood too. This formula has wowed the masses through the generations in Hindi Film Industry. The first film on this subject was made in 1938 as "Mr. X", produced and directed by Vijay Bhatt. The second film was also Mr. X in 1957 played by Ashok Kumar. The third film was "Mr. X in Bombay" released in 1964. Another film on this subject was Mr. India in 1989.
It is definitely a very cool superpower to possess and the success of all these films only shows that this subject is a money-spinner.
Mr. X (1957) 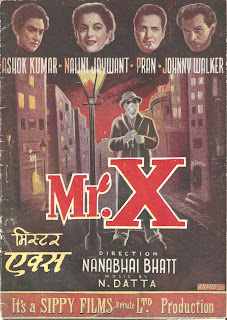 Song of Mr X 1957
Sippy films made Mr.X in 1957, starring Ashok Kumar, Nalini Jaywant, Pran and Johny Walker, produced by G.P.Sippy, Directed by Nanabhai Bhatt, Music by N.Dutta and Lyrics by Majrooh, Hasrat, Tanvir Naqvi and Bharat Vyas.
The film was made in a small budget and was a hit. The song Laal Laal Gaal picturized on Johny  Walker was a super hit. 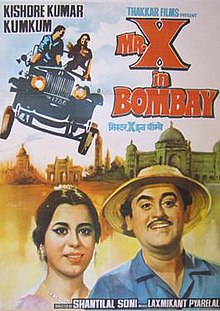 Song of Mr. X in Bombay (1964)
A comedy film directed by Shantilal Soni featuring Kishore Kumar, Kum Kum. The music for this film was composed by Laxmikant-Pyarelal and lyrics were penned by Anand Bakshi and Asad Bhopali. The song "Mere Mehboob Qayamat Hogi" of this movie became an evergreen hit. 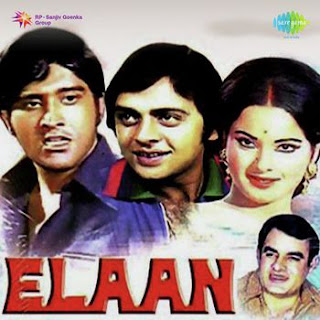 Song of Elaan  (1971 )
Its F C Mehra's film, directed by K. Ramanlal. The film stars Vinod Mehra, Rekha, Vinod Khanna, and  Madan Puri. The character played by Vinod Mehra finds himself locked in a cellar alongside an old man who claimed to have invented an ''atomic ring'', which can make a person invisible. He gives it to Mehra by literally tearing off his leg and extracting the ring, which the latter has to supposedly put in his mouth and take off all his clothes to turn invisible. The film was an average hit. 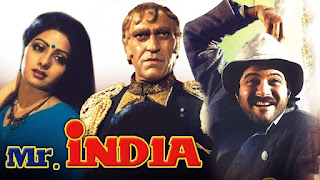 Song of Mr India 1987
Mr. India remains a cult classic in India. It had all the ingredients of an entertainer and the formula was bang on. T.Produced by Boney Kapoor and directed by Shekhar Kapoor, based on a screenplay written by Salim-Javed. It stars Sridevi and Anil Kapoor in the lead roles. Amrish Puri, as Mogambo. The film was the second highest-grossing Indian film of 1987 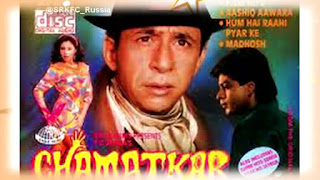 Song of Chamatkar (1992)
It's an F C Mehra's film directed by Rajiv Mehra. It cast Naseeruddin Shah, Shah Rukh Khan and Urmila Matondkar in pivotal roles. The film was quite popular among children.  The film had Shah Rukh Khan as a cricket coach and Naseeruddin Shah as the 'ghost' who was killed and buried in the same cemetery, where a homeless Shah Rukh seeks refuge 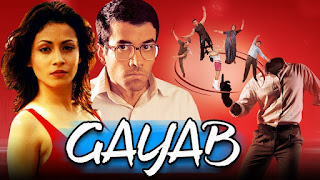 Song of Gayab  ( 2004 )
Produced by Ram Gopal Verma, It stars Tusshar Kapoor and Antara Mali as the lead protagonists. The film became a moderate box office success. There is nothing new to Gayab. The invisibility trick was slicker in Mr. India. The film contains the antics of Vishnu enjoying his invisibility and trying to win Mohini’s heart (with the insertion of a side-plot here and there). 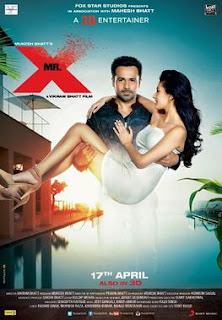 This Emraan Hashmi-starrer wasn`t well-received by the audiences despite made in 3D. The actor played a dedicated government officer, who gets charred in a factory during an assignment and is given an untested potion by his friend's sister, which causes a complete cell regeneration from the scratch causing him to become invisible in all lights except neon light and direct sunlight.