BALRAJ SAHNI -A Journey from Shanti Niketan To Bollywood 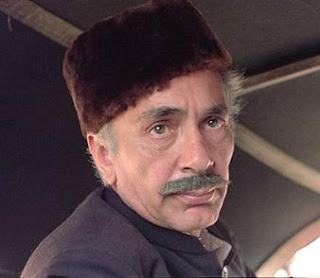 Balraj Sahni had a Master’s degree in English literature and a Bachelor's degree in Hindi literature from Punjab University. He also taught for a while, along with wife Damayanti, at Rabindranath Tagore's Santiniketan in West Bengal before he became an actor. He also worked with BBC's Hindi wing and covered World War II in Europe. This stint brought him in touch with personalities such as George Orwell, TS Eliot, Sir John Gielgud and Sir Laurence Olivier.
He redefined the grammar of acting in Indian cinema. His natural portrayal of characters is a lesson for students of the art even now. Yet, the man was much more than simply an actor.He was the first Method Actor of Bollywood.
Balraj Sahni was born on 1st May 1913 in Rawalpindi now in Pakistan. He studied at Government College University (Lahore), Punjab, British India. After completing his master's degree in English Literature from Lahore, he went back to Rawalpindi and joined his family business. He also held a Bachelor's degree in Hindi, followed by a Masters in English from Punjab University.In the late 1930s, Sahni and his wife left Rawalpindi to join Tagore's Visva-Bharati University in Shantiniketan in Bengal as an English and a Hindi teacher. It is here that their son, Parikshit Sahni was born.Here he met Gandhi ji .He shifted from there to work with Gandhi ji  at Sewagram Ashram Wardha.With Gandhi ji's blessings,he went to England to join the BBC-London's Hindi service as a radio announcer.
In London  he developed a love for Russian cinema and befriended the likes of Harold Laski, TS Eliot and John Gielgud.He then returned to India, an avowed Marxist, to become a leading member of the IPTA. He returned to India in 1943.He joined IPTA and started acting in Plays.Incidentally, his wife Damayanti became well known as an IPTA actress much before Sahni made a name for himself in films.
He started his film career in Mumbai with the film Insaaf (1946), followed by Dharti Ke Lal directed by KA Abbas in 1946, Damayanti's first film, Door Chalein in 1946, and other films. But it was in 1953, with Bimal Roy's classic Do Bigha Zameen, that his true strength as an actor was first recognised.
The 1950s saw  Balraj portraying  varied roles. He was associated with some silver jubilee or important films, like Seema (1954), Aulad (1954) Pardesi (1957), Sone ki Chidiya, Kathputli (1958), Choti behan and Satta Bazaar (1959). Pardesi, an Indo-Soviet film production anchored by K.A. Abbas, despite being in  colour and cinemascope, failed to impress the Indian audiences but had a good commercial run in Soviet Russia.
The decade of the 1960s was most the fruitful for him and he played character roles. Big and small films like Waqt, Ek Phool Do Maali, Ghar Sansaar, Hindustan Ki Kasam, Pavitra Paapi, Aman, Naunihal, Aaye Din Bahaar Ke, and two Punjabi films — Satluj De Kande and Nanak Dhukhiya Sab Sansaar. Anuradha, Kabuliwala and Garam Hawa are Indian cinema’s top-of-the shelf classics. He acted in a total of 93 films, including two which were released after his untimely death. As work in cinema tapered off, Balraj also took a backseat in life.
Balraj Sahni died on 13 April 1973 of a massive cardiac arrest, less than a month before his 60th birthday. He had been depressed for some time by the untimely death of his young daughter, Shabnam.

Song from Do Bigha Zameen 1953