Hasrat Jaipuri- The Poet who Defined Romance in Bollywood 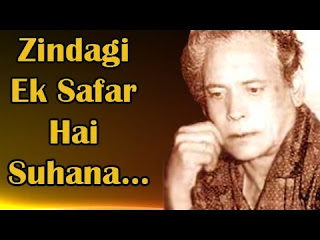 Hasrat Jaipuri the great Lyricist started his Film career with the immortal song Jiya Beqaraar Hai for the film Barsaat in 1949.It was also the first film of Shankar Jaikishan, That was the beginning of a lifelong association." Yet, there was an unstated agreement that Jaikishan would often prefer Jaipuri to pen lyrics for his tunes, while Shankar would turn to Shailendra.
He wrote  a whole range of songs like "Sayonara sayonara" (Love In Tokyo)," Aao twist karen" (Bhoot Bungla)." Ajhoon na aaye baalma" (Sanjh AurSavera), "Duniya bananewale"(Teesri Kasam) to Romantic songs like Yeh Mera Prem Patra (Sangam).In this Blog I have selected some of my favourite Romantic Songs of Hasrat Jaipuri Ji.