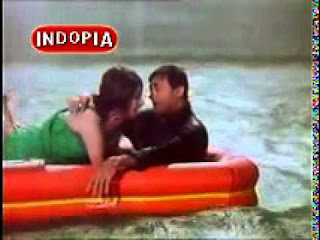 Dev possibly was the most handsome of leading actors ever seen on the screen. He possibly had the distinction of being the actor on whom some of the most tuneful, lilting songs were composed. Think of Dev Anand's movies, especially the earlier Navketan ones from the black and white era and you immediately think of the songs.
Devsaab had an ear for music, and SD Burman was almost an in-house music director; most Navketan's movies' music was scored by Burman da.
Mohammad Rafi has sung many a hit song for Dev Anand's films but a little known fact is that he lent his voice to one number from the 1966 movie 'Pyar Mohabbat' (1966) rendered by the legendary playback singer.
Dev Anand once informed about this song."I never attempted to sing but Rafi sang 'Pyar Mohabbat Ke Siwa ye Zindagi Kya Zindagi', in this song 'Hurray Hurray' is recorded in my voice," he said.
Rafi sang for Dev Anand in many films. The trio of S D Burman, Rafi and Dev Anand gave many unforgettable songs. If you carefully watch the videos of these songs, you will find that the lips movement and expressions are given on face by Dev Anand, perfectly matches the Rafi’s throw of words. It is an established truth that Rafi had a peerless skill to twist his voice according to the Hero, so he did perfectly for Dev Anand also emerging Dev’s image more romantic. Burmanda once agreed that he tried Talat, Manna Dey and Hemant Kumar for Dev Anand, but Rafi was a perfect match for Dev Anand.
Some of these songs are “Thummak thummak chali kahan“(Ek ke Baad Ek), and more songs form this film,”Hum bekhudime Pukare Chale Gaye” & “Achhaji mai haari chalo maan jaao na“-with Asha-(Kala Pani) “Khoya Khoya chaand“,”Apni to har aah ek toofan hai” & “Rimzim ke Tarane leke aayi Barsaat“-with Asha (All from Kala Bazaar), “Diwana mastana hua dil“-with Asha, & “Saathi na koi manzil” (Both from Bambai ka babu),”O aaja panchhi akela hai“, “Kalike roopme chali ho dhoopme” – (Both from Nau do gyarah),”Dilka bhanwar kare pukar“,”tu kahan ye bata“,”sunle tu dilki sada” & “Dekho rootha na karo” (All from Tere gharke saamne),”Aise to na dekho” & “kahin bekhayaal ho kar” (both from Teen Deviyan),”Kyaa se kyaa ho gaya“,”tere mere sapne ab ek rang hai” & “Din dhal jaye haye“All from Guide), “Chupkese mile pyaase pyaase “-with Geeta Dutt and “mera man tera pyaasa” from gambler(last song of Rafi for Dev and SD).