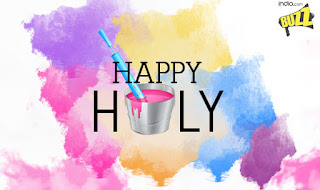 Holi is a festival of colours. It is an inseparable part of Indian culture and, Bollywood never misses a chance to infuse the ‘Holi factor’ in the form of dance numbers with stars going footloose and crazy. The first song of Holi was from the 1931 film ‘Ghar Ki Laxmi’. The Mukhdaa of the song goes like – “Mo Pe Daar Gayo Saari Rang Rang Ki Gaagar, Kaisa Dhokha Diya. . .”. This and many other songs of that era are now lost.
When we talk about the songs of the 30s and 40s how can we forget the great K L Sehgal.  He was an institution, with no parallel in the entire heritage of Hindi film music.Here I have taken a Non-film song of Sehgal on Holi. It was recorded in 1933.

.I present a song from this very first decade of Hindi films – a song from film ‘Aurat’ from 1940. ‘Aurat’ is a magnum opus by producer-director Mehboob, a much-celebrated film of its era.

In the 50s many Holi songs were picturised. Almost all the Top stars of that time wanted one Holi song in his or her film. Nargis sang a Holi song in the 1950 film Jogan, sung by young Geeta Dutt. In this Holi song, Geeta Dutt’s honey and sugar voice ooze masti in full measure. With music by Bulo C Rani, Jogan’s bhajans became the benchmark for decades to come.

India’s first technicolour film Aan exploited the colourful festival of Holi to fully utilize its highly expensive use of 16mm Gevacolour. Jai Tilak (Dilip Kumar) plays Holi with Mangala (Nimmi), a simple village girl. As he throws away her scarf in the melee, it mistakenly lands on the tempestuous and arrogant princess Rajshree (Nadira) who is touring the city on her royal elephant, making her assume something else!

There is no Holi song picturised on Dev Anand but there is one Holi song where Dev Anand was not playing but  out looking a Holi dance, The song is from the 1953 film Rahi

This song is from “Maashooka” (1953). This song is sung by Suraiyya, Mukesh and chorus. Shailendra is the lyricist. Music is composed by Roshan.
Only the audio of this song is available. Seeing that Suraiyya and Mukesh had acted in this movie, it is easy to guess that the song was picturised on themselves.
Song of Maashooka” (1953)

Another memorable Holi song of the 50s is this song from 1957 film Mother India. Sung by Shamshad Begum, one of the top most singers of the 50s. The song captures Radha (Nargis) and Shamu (Raaj Kumar) in their happier times

A romantic Holi song composed by Hemant Kumar and picturised on the elegant Bina Rai and the princely Pradeep Kumar. Talk about Holi compositions with a touch of the classical and this song from Durgesh Nandini which had some great music will be remembered for sure.

Legendary filmmaker V Shantaram cast his wife Sandhya in this unusual role where she plays both the real and the fantasy characters. In the backdrop of Holi, this song has one of the most remarkable solo dance sequences performed by Sandhya, where she role plays both Radha and Shyam.