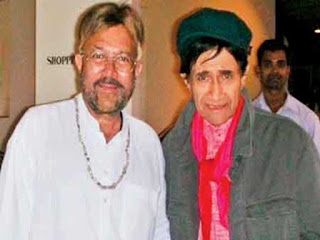 Rajesh Khanna in an interview said that he was an ardent admirer of Dev Anand from his teens.When I joined films in 1967, I was highly inspired by his acting style. He was amongst the first to view Aradhana and compliment me genuinely. As I rose in stature as an actor in the early 70s, I received healthy and clean competition from Anand, who was still going strong with a super hit like Johny Mera Naam.
He allowed Kishore Kumar to sing for me in Aradhana without a second thought. The songs of Aradhana made him the super star.
Rajesh Khanna was first taken by Chetan Anand in Aakhri Khat.It was during the muhurat he met ehis idol Dev Anand. Before that he used to come to see the shooting of Jewel Thief. 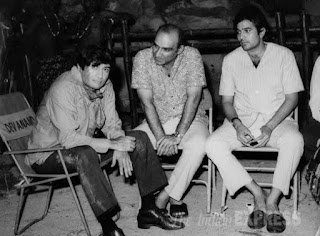 There were talks of Amit Khanna producing a film in which both were to have acted together. The film never went on floors. In fact, when Khanna’s films started flopping in the late 70s, Anand was the first to encourage him by saying, “Why are you losing confidence? You are a brilliant actor. Look at me and my ups and downs. You termed me the leap year hero. Have confidence in yourself and march forward keeping in mind that the coming days are yours.”