13th Oct is the Birthdate of Dada Muni, Ashok Kumar and unfortunately, it became the last day of Kishore Kumar, who passed away on this day.  Dada Muni was born on 13 Oct 1911. He was an Iconic Actor of the 1940s and 50s. By 1947, he was the most bankable star of Hindi cinema and started producing films for Bombay Talkies. He was the eldest son of the Ganguli family. Kishore Kumar was the youngest among all.
Kishore Kumar who was 18 years younger than Ashok Kumar. He was a lively child who was passionate about singing. He was especially obsessed with legendary singer and composer KL Saigal and learned music by imitating his style.
Kishore had no formal training in music and Ashok Kumar, who was already a film star, discouraged him from taking up a playback career. He felt that Kishore’s voice lacked ‘modulation’, among other things. But Kishore was in no mood to hang up his boots. 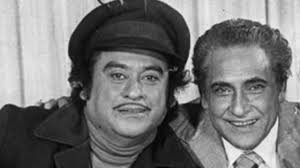 It was in 1945 when Kishore Kumar was in Bombay living with Ashok Kumar, who that time shooting for Shikari gave him a small role in that film. However, Kishore disliked acting. His first few films flopped and then he decided to act so badly that nobody will cast him. Kishore’s decision to perform badly became his calling card and the audience’s started loving him for it. It was the 1951 release of Andolan, however, that propelled him to stardom as a singer-actor and ultimately freed him from the shadow of his brother Ashok.
He was given break for singing by Khemchand Prakash for the 1948 film Ziddi, the song was  “Marne ki duayen kyon mangu”  The song was a hit but he didn't get many offers for singing.It was S D Burman who advised him not to imitate KL Saigal, sing in your own style.
It was music director SD Burman who gave Kishore opportunities to sing in one movie after another beginning with Dev Anand’s hit films -- Munimji and Taxi Driver (1954), House No. 44 (1955), Funtoosh (1956), Nau Do Gyarah and Paying Guest (1957) and many more. Not only these movies became big hits but their songs too soared in popularity charts. Dev Anand’s own popularity scaled higher peaks while Kishore Kumar began to be recognized as Dev Anand’s voice.
Kishore Kumar and Ashok Kumar acted together in many films.the first time they acted together in Bhai Bhai released in 1956. Ashok Kumar, who played the lead role and Kishore Kumar (real-life brothers) as the two brothers, with the film being referred to as one of Kishore Kumar's prominent films. In this film sang one song for himself "Mera Naam Abdul Rehman" 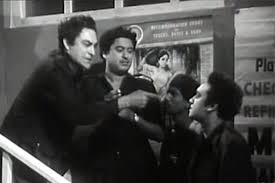 Both of them are considered to be one of India’s finest artists who have successfully entertained us. Talking about Ashok Kumar, he was an actor who ruled the silver screen whereas, Kishore Kumar’s melodious voice remains etched in our hearts to date, and maybe forever.

Both the brothers were going great when destiny played a cruel game and one’s happy occasion, unfortunately, turned sad and unhappy for the other one. Kishore Kumar died on the birthday of Ashok Kumar in 1987, which shattered Ashok Kumar, he decided that he will never celebrate his birthday now and onwards. Ashok Kumar died 14 years later in 2001.
Here are 5 Prominent films of both brothers working together
Bhai Bhai 1956 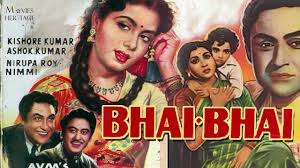 Song of Bhai Bhai 1956
The story is of two brothers, with the younger brother running away from home at an early age. The older brother gets entangled with another woman, leaving his wife and child at home. This situation leads to the meeting of the brothers, with the older one mending his errant ways. 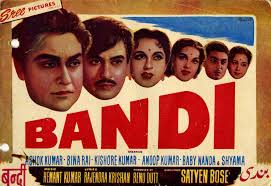 Song of Bandi (1957)
This is a 1957 film directed by Satyen Bose and had all three brothers Ashok, Kishore and Anoop coming together for the first time. Ashok Kumar as his educated elder brother has negative shades to his character. while Kishore played a simpleton. The confrontation scenes between Ashok Kumar and Kishore Kumar are superb especially in the end when they meet after 16 years. 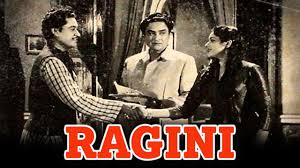 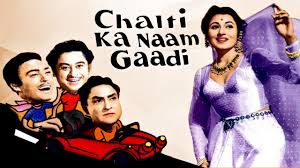 Song of Chalti Ka Naam Gaadi (1958)
The film featured the 3 brothers once again and Madhubala. The music was given by SD Burman and the Kishore sang most of the sings along with Asha Bhosle. The film was a huge success. 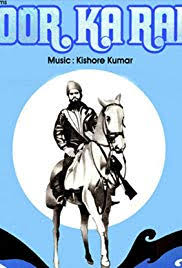 Song of Door Ka Rahi (1971)
The film was directed by Kishore Kumar himself who also wrote the film and featured Tanuja, Ashok Kumar and himself in major roles. The film strives to deliver a very strong message of humanity using the simplest possible language.