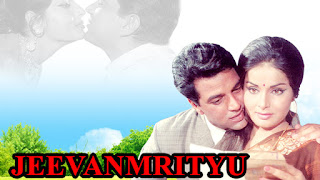 Released on 4 June 1970, Jeevan Mrityu is a Rajshri Production starring Dharmendra and Rakhi, the debut film of Rakhi. If you are a Dharmendra fan this film is for you. Dharmendra gives one of his best performances in this film.
Dharmendra was at his best. Usually, he is known for his action but in this, you see him as a well-educated man who reaches the top in a short span with his hard work. Dharmendra has given an answer to all those who think he cannot perform emotional scenes well.  It wouldn't be wrong to say that the entire movie depends on Dharmendra's performance. 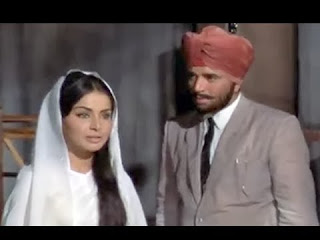 The film was a remake of a 1967 Bengali film Jiban Mrityu starring Uttam Kumar and Supriya Devi in lead roles. The story was about a bank manager played by Dharmendra who is falsely implicated in a case of embezzlement by his colleagues Harish (Ajit), Jagat Narayan (Kanhaiyalal), Barrister P. Amarnath (Ramesh Deo) and Ramakant (Krishan Dhawan) for stealing Rs 10 lakh. and sent to jail for seven years.
After completing his seven-year term, he finds a benefactor in Raja Ranvir Singh (Bipin Gupta) and plots revenge against his colleague. After Ashok is mistakenly reported to be dead, he takes on a new identity( In a disguise of a Sardar)  and sets off to get his former colleagues. 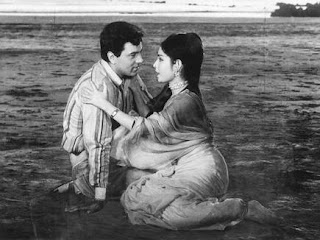 Raakhee looks pretty in Dharmendra’s company, especially the melodious song, “Jhilmil Sitaron Ka Aangan Hoga”, featuring them in the first half of the movie. The sad version of this song, a solo of Lata Mangeshkar in the second part.
The film was a big hit as well the song "Jhil Mil Sitaron Ka" composed by Laxmikant Pyarelal. It will always be remembered as one of the finest offerings from the house of Tarachand Barjatjya, known to give quality films that could be viewed by the entire family.