Bollywood Films Based on Tenants and Landlords 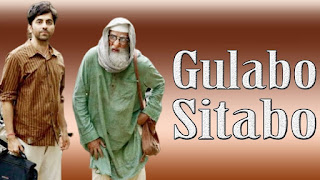 Yesterday I watched the latest released "Gulabo Sitabo" on Prime Video. The film is based on the landlord and tenant relationship. On this subject, many memorable films were made earlier also. A very interesting film released in 1956 "New Delhi". Kishore Kumar plays a Punjabi boy. He comes from Jalandhar to Delhi but is unable to find a place to stay, as everywhere he goes people want to give room only to a person of their region. Desperate, Anand masquerades as a Tamilian, Anand Kumaraswamy, and finds a place to stay with a Tamilian family.
In 1957, two films on this subject were released. Dev Anand and Nutan starrer Paying Guest and Dilip Kumar starrer Musafir. In Paying Guest Dev Anand looks for a house in the guise of an old man.  Another Landlord-tenant story was Anari released in 1959. Here Raj Kapoor was the tenant and Lalita Pawar was the landlady. Here the relationship was of a mother and son.
Quite a few Hindi movies have explored different shades of this relationship Here are a few of these films.
Paying Guest(1957) 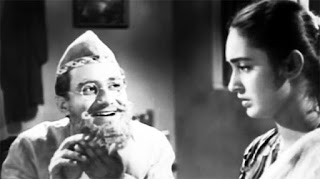 Ramesh (Dev Anand) keeps on getting evicted as a tenant due to failure to pay rent, then dons the guise of an old man to gain entry in a house as a tenant, He falls for the landlord's daughter Shanti (Nutan),Ramesh is unable to pay the house rent and Shanti gives him the money her father had given her for monthly expenditure. 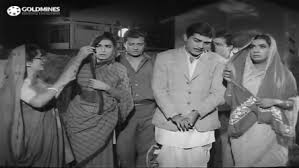 It is one of the masterpieces of Hrishikesh Mukherjee and remade in different languages It centers around five young men, bosom buddies from their college days, The five friends, therefore, go out looking for other accommodation—and keep drawing a blank wherever they go. There seems to be no place available.  one evening, Suresh comes bearing news. He has found a place. Three rooms, a rent of a mere Rs 100, no advance but the landlord  Mr. Mishra, wants to rent his house only to married couples; no bachelor allowed.
Frustrated at this, two of them disguise themselves as women and pose as wives for the other two males. They are able to secure accommodation with the Mishra family. Complications arise when the two "women" fall in love with Mishra's two lovely daughters 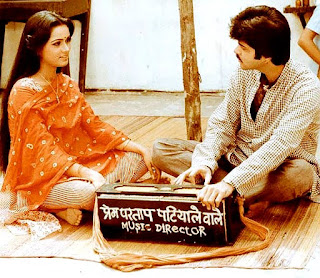 It is Anil Kapoor's first hit film, in this film he is a tenant and the heroine Padmini Kolhapuri is the landlord's daughter. It is love at first sight for Maya as she falls for the naive, innocent Prem. However, Prem, aspiring to be a true musician, rejects Maya's advances. Furthermore, Prem is in love with Maya but believes that he isn't worthy of her. They declare their love for each other and plan to elope, but destiny has other plans in store for Maya and Prem. On the day of their elopement, the lovers are caught by Maya's parents. As a result, Prem and his sidekick are kicked out of the house 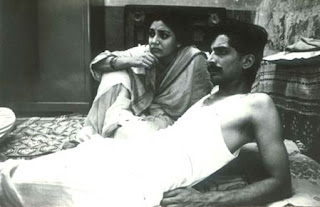 The film is a comic satire on a judicial system, where cases drag on for decades. An elderly couple, Mohan Joshi (Bhisham Sahni) and his wife (Dina Pathak), sues their landlord (Amjad Khan) for not maintaining their 'collapsing' apartment building. For this, they hire two cunning lawyers Naseeruddin Shah and Satish Shah, the lawyers milk the old couple dry, while they become rich. Back home in the society, the old couple is ridiculed for fighting the landlord, but they fight on nevertheless. 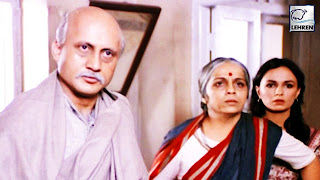 An old couple played by Anupam Kher and Rohini Hattangadi has no source of income, so they rent out a room of their Shivaji Park (Mumbai) apartment to a budding Bollywood actress, Sujata Suman (Soni Razdan).The latter's intimidation at the hands of an influential politician after she gets pregnant by his son compels her aged landlord/lady to step up and support her in whatever way they can. 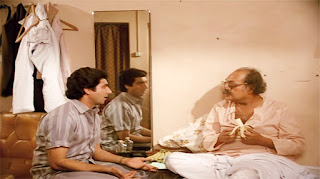 Basu Chatterjee's Kirayadar chronicles the legal woes of a father-son duo forced to reside in a tiny room after the tenants refuse to vacate their flat in Mumbai. They file a complaint in the local court to arrange to evict the tenants, who have also sworn to fight this matter right to the very end. Watch as lawyers take over their respective lives, get their fees, and get adjournment after adjournment 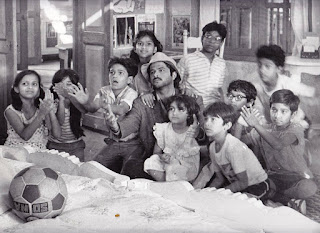 In this film, Sridevi is a journalist and rent a floor of Anil Kapoor's huge house overlooking the sea with the hope of peacefully filing her news reports.

Only to realize the one and only condition she placed -- no kids -- popping out from every corner in abundance. 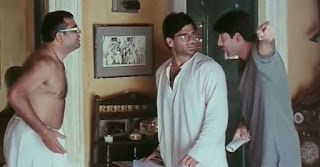 Landlord Paresh Rawal shares a comic camaraderie with his tenants, Akshay Kumar and Suniel Shetty. The troika's constant wrangling and wishful thinking is set aside after they receive a call from a kidnapper and a hilarious scheme to exploit a 'wrong number' is set in motion.
Yeh Teraa Ghar Yeh Meraa Ghar(2001) 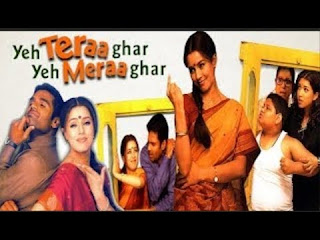 The age-old tenant-landlord tussle is once again reiterated between Suniel Shetty and Mahima Chaudhary in this film. Sunil Shetty arranges the marriage of his two sisters. In debt, he goes to the city to ask the tenants to leave his house, as he intends to sell it and repay his debts. A Maharashtrian woman, her two daughters, Jyoti, Saraswati (Mahima Chaudhry), and one son, Chotu (Master Aditi) are living there. When Dayashankar asks them to vacate, they refuse. What results is Dayashankar's hilarious attempts to force them to vacate
Dear Zindagi (2016) 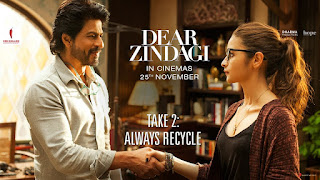 Alia Bhatt is a promising cinematographer who wishes to direct her own films. She lives in a rented apartment in Mumbai. Her life takes a downturn when Raghuvendra (Kunal Kapoor), a film producer for whom she breaks up with her childhood sweetheart, gets engaged to someone else. Her landlord turns her out of her apartment because the building association wants to rent apartments only to married couples. Her sudden expulsion from her apartment forces her to move back home in Goa and address her acute anxiety to an incredibly wise therapist.