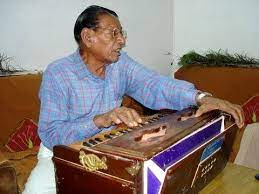 He was very talented but unlucky to get success in Bollywood. He was a disciple of Khemchand Prakash from a very young age. He became his assistant in a few films like Mahal (1949). After the untimely death of Knemchand Prakash, he couldn't get any work in Bollywood, he shifted to Jaipur and joined AIR Jaipur as a Music Asst.

In 1963, he was signed by J P Sharma as an independent music director for the film Bhool Na Jana based on the China attack but the film got banned and it was never released. His next 3 films, Ret ki Ganga, Matlabi, and Bahadur Shah Jafar, were shelved.

His first released film was a B grade film TOOFAN-1969 unfortunately except for a duet by Mukesh and Asha Bhonsle was popular. His next film was My Love(1970) starring Shashi Kapoor and Sharmila Tagore, the music of this film was successful but the film was unsuccessful so he was labeled as an unsuccessful music director.

He returned back to Jaipur once again. He got a few Rajasthani films in Jaipur but here also none of his films got released. His bad luck followed him here also, he died on 18th June 2011. He had no children