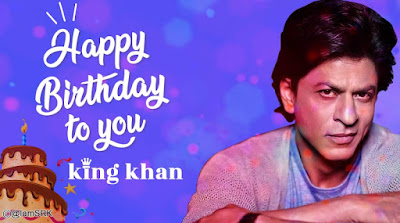 "Dil Aashna Hai"(1992) was the first film he signed as a hero but the first film released film was 'Deewana'in 1992. In it, he starred alongside Divya Bharti as the second male lead behind Rishi Kapoor. Deewana became a box office hit and launched Khan's Bollywood career; he earned the Filmfare Best Male Debut Award for his performance. He garnered the most appreciation for portraying villainous roles in 'Darr'(1993) He became a superstar with 'Dil Wale Dulhaniya Le Jayenge. (1995)

If we look into Shah Rukh Khan's filmography we will find most of his films starting from the English alphabet 'D' proved lucky for him. In 1997 his super hit film 'Dil To Pagal Hai' followed by another film 'Duplicate' and in 1998 another film 'Dil Se' consolidated his No1 position in Bollywood.