Laxmikant- One Half of the Legendry Composer Duo LP 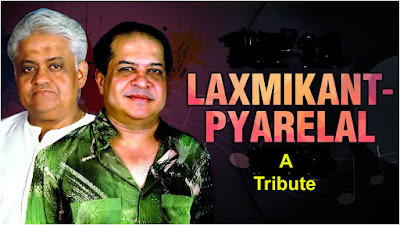 LP was the most sought after composer duo in the seventies and eighties. In two decades, they composed music for 250 films. They had 45 golden and silver jubilees to their credit. Laxmikant Shantaram Kudalkar was born on 3rd Nov 1937 in a modest family. At a very young age, he learned the mandolin. He spent two years in the company of the well-known mandolin player Hussain Ali.

Laxmikant met Pyarelal at a recording and soon became friends. Laxmikant was older than Pyare by three years. When Laxmikant was about 10 years old, he once played mandolin in a Lata Mangeshkar concert in Radio Club, Colaba. Lata was so impressed that she talked to him after the concert. Later, when Lata came to know of their financial hardships, she recommended them to S D Burman, Naushad and C Ramchandra. Both of them worked as instrumentist.

In the early 1960s, they joined Kalyanji Anandji and began arranging music for their films Madari, Satta Bazar, Chhaliya, Dil Bhi Tera Hum Bhi Tere and Himalaya ki God Mein. They got their first break as an independent composer in a Bhojpuri film but this film couldn't be completed/. After that, they were signed for a B grade Hindi film 'Parasmani' released in 1963. The music of this film became so popular that Rajshri Films offered them a film 'Dosti' which was released in 1964. The film and its music became superhit. They got their first Filmfare Award as Best Music Director for this film.

1967 proved to be another lucky year for them. The Music of Milan, Farz, Shagird and Pathar Ke Sanam was very popular. They got their 2nd Filmfare Award for Milan. Laxmikant–Pyarelal has now become the most sought after Music Director Almost all the big banners were signing them They composed Indian classical music as well as Western music; they were most popular for their folk tunes and semi-classical music.

LP had divided their work, to avoid ego problems. Laxmikant used to compose tunes, rehearse singers and look after the commercial aspects – while Pyarelal used to arrange the music and package and record the songs. They both had a perfect wavelength. It is said if they are asked to make a tune for a song sitting separately they will make a similar tune.

In the mid-'90s Laxmikant's health started deteriorating; he finally succumbed to a kidney ailment on May 25, 1998. Pyarelal was left alone and stopped making films, despite many offers from producers.

Songs of their Early Days