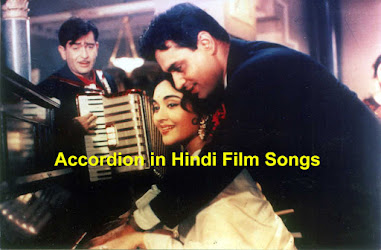 The accordion is an instrument similar to the harmonium but the way it is carried (on the shoulders), makes for a different feeling of joy. There was a time when it was a very popular instrument. It was a part of almost every song in the 50s, 60s, and 70s. It became popular with the 'Sangam' film song in which Raj Kapoor is shown playing this instrument.

Well before 'Sangam'(1964), this instrument was in use, in fact, it was Naushad who introduced Accordion in the 1950 film 'Dastan' for the song  'Tara ri Aara ri' and 'Dhadak Dhadak Dil'. C Ramchandra who used it for the first time in the song ‘Gore Gore O Banke Chore’ from Samadhi (1951). Shankar Jaikishan used it in the 1951 film 'Awara' for the first time and since then Shankar-Jaikishan has utilized the accordion to the maximum. More than 50 %, estimated, of the songs composed by Shankar-Jaikishan have been orchestrated with Accordion. 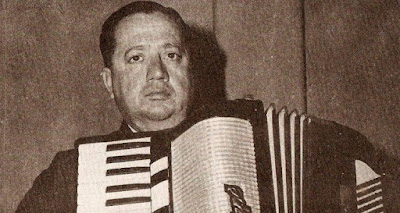 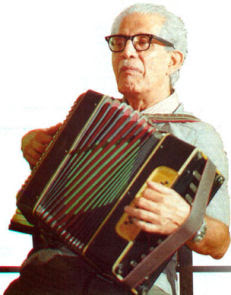 Another legendary musician was  Vistasp Balsara who started playing for Raj Kapoor’s ‘Awaara’ and continued in many of the hit songs composed by Shankar-Jaikishan. Recall the songs 'Awara Hoon' and  “Ek Bewafa Se Pyar Kiya” Another hit songs of 1952 “Aye Mere Dil Kahin Aur Chal” (Daag, 1952), and  “Yaad Kiya Dil Ne” (Patita, 1953) are worth mentioning. He shifted to Calcutta in 1953.  He worked with masters of music like Rai Chand Boral, Pankaj Mullick and Hemanta Mukherjee in the '50s. 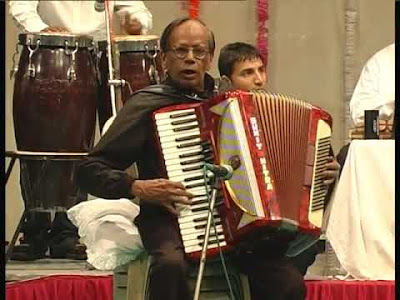 Song of Parasmani 1963
Sumit Mitra played the accordion second time with Laxmikant Pyarelal in the song 'Gudiya Hum Se Roothi Rahogi' and 'Koi Jab Rah Na Paye' from Dosti 1964.
Song of Dosti 1964
Song of Dosti 1964
Kya Miliye Aise Logon Se ' from “IZZAT”   1968.
Song of  IZZAT  1968
Another popular song of Laxmikant Pyarelal from Bobby 1973, 'Hum Tum Ek Kamre Mein Bund'  In this song the accordion is played for the maximum time, it is the instrument which is tunefully played in every alternate line of ‘mukhada’ once again played by Sumit Mitra 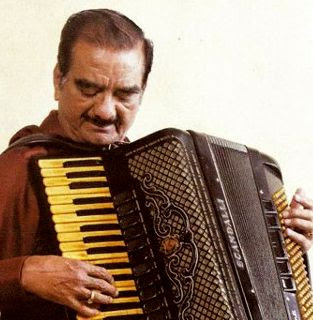 Enoch Danial
Enoch Danial was one another finest accordionists. Moving from Goa to Mumbai in 1955, Daniels built a successful career as a pianist and accordionist in films. He first joined S D Burman and then Shankar Jaikishan. His first song for SJ was 'Le Gayi Dil' from Love In Tokyo. He also played for music director Hemant Kumar His memorable performance was in ‘Bees Saal Baad’.  He has worked with prominent music directors such as S.D. Burman, C. Ramchandra, Shanker and Jaikishen, Vasant Desai, Salil Chowdhury, Khayyam, Ravi, Madan Mohan, O.P. Nayar, N. Dutta, Ram Kadam and Sudhir Phadke
Song of Bees Saal Baad 1963
In the 80s with the popularity of synthesizer, the accordion as an instrument in Hindi songs was losing its charm. Though there are many songs in the 80s where accordion was used but in most of the songs, electronic instruments were preferred. Anjan Biswas was a musician who played the accordion along with Sumit Mitra.