Mukri - A Unique Comedian of Bollywood

What made Mukri(5 January 1922 – 4 September 2000)  different from other comedians was that he used to laugh in every scene that had comedy dialogues. He stole scenes regularly and he was hilarious in every film whether he is playing a servant or a gardener or even a show organiser in many films. Once his pairing with Sheikh Mukhtar was very popular, one was very tall and he a very short, they were called as Laurel and Hardy of Bollywood.

He made his debut in the 1945 film Pritam. The hero of this film was Dilip Kumar, He with his toothless smile, diminutive stature and perfect humour timing amused the audiences in more than 600 films, in over six decades in Bollywood.

After Pratima, Mukti acted in Dada(1949) along with Shaikh Mukhtar who was the rage of the day as far as stunt films were concerned. “Shyam and Munawar Sultana had played the lead in Dada.” 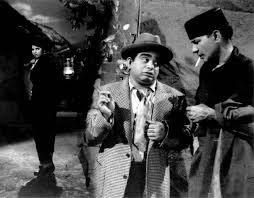 He appeared with Johny Walker and Mehmood in comic roles in many films. With Johny Walker, he appeared in 15 films. Shabnam(1964) was a film in which Mukri appeared with Mahmood along with Sheikh Mukhtar. His career went to new heights with Manmohan Desai’s Amar Akbar Anthony (1977). In this film, he played the role of Tyeb Ali, a strict father. The song “Tyeb Ali pyar ka dushman…” picturised on him and Rishi Kapoor became very popular, and Mukri a household name.

There was hardly any side character Mukri did not play as the comic sidekick. He performed these roles with great élan. Nathulal is one such character imprinted in the minds of cine buffs. His character “Nathu Lal” in Sharaabi became so popular, that years later when Manmohan desai cast him in Jaadugar (1989), he named his character Nathu Lal to bank on its popularity. 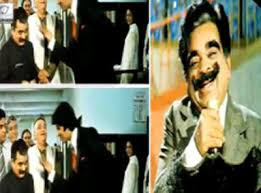