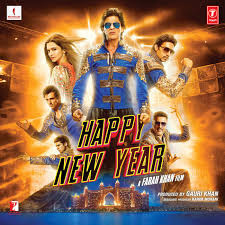 2020 was the year to forget, we look forward to better days ahead. This reminds me of a Bollywood song from the 1960 film 'Hum Hindustani' Chhodo Kal Ki Batein, Kal Ki Baat Purani'.though this isn’t really a New Year song, but does a good job of nudging us to shed the baggage of the past and make ambitious plans for the future.

Not many songs are written for the New Year in Hindi films but there are a few songs written in the 50s. The first song that comes to my mind is from the 1954 film 'Samrat' written by Rajendra Krishan, composed by Hemant Kumar. This song was very fast-paced and racy, that will definitely set your feet tapping on the floor. The singing voice is of Asha Bhonsle.

The same year in 1954 another song on New Year from the film 'Toote Khilone' became popular. This was sung by Shamshad Begum and Trilok Kapoor. It was written by Anjum Jaipuri, a lesser-heard name, composed by Chitragupt.

Song of Toote Khilone 1954
This song was composed by Shankar – Jaikishan and written by Shailendra for Anari, this Manna Dey – Lata Mangeshkar duet welcoming the year 1959 The film was released in 1959.
Song of Anari 1959
Happy new year to you This song is sung by Shailendra Singh and chorus. Hasrat Jaipuri and Raveendra Jain The song is picturised on Shailendra Singh, Moolchand, Kamal Kapoor, Raj Kapoor, Rajendra Kumar etc.The film is Do Jasoos released in 1975