The Bollywood Celebrities who married twice or more 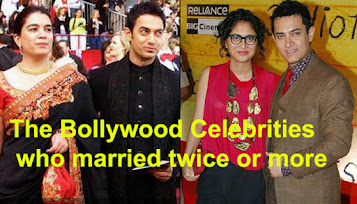 Love and loyalty are the inevitable traits that hold a marriage together. Bollywood has had its own share of famous marriages, shocking divorces, and breakups but some celebrities took the plunge more than twice by having multiple marriages of which some turned out successful and some didn't. In this blog, I have selected those celebrities who did not find happiness in their first marriage but were successful the second time around and apart from their personal life, have successful professional lives too.
I start with the Golden Era of Bollywood, 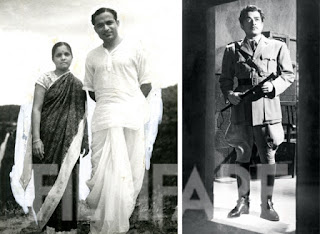 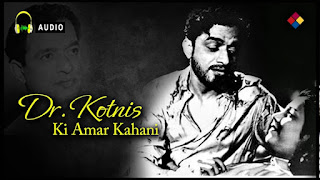 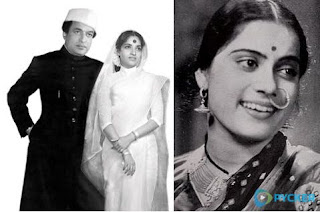 Shantaram was born in Kolhapur to a Marathi Jain family and he married thrice. His first marriage was to Vimla, Shantaram then married actress Jayashree (née Kamulkar). His third wife, actress Sandhya (née Vijaya Deshmukh), was his co-star in Do Aankhen Barah Haath as well as the heroine of his films such as Jhanak Jhanak Payal Baaje, Navrang, Jal Bin Machhli Nritya Bin Bijli, and Sehra. Daughter Madhura (from his first marriage with Vimla) is married to Pandit Jasraj and is the mother of music director Shaarang Dev Pandit and TV presenter Durga Jasraj.
Actress Rajshree is his daughter from the second marriage. He introduced Rajshree and Jeetendra in the 1964 film Geet Gaya Patharon Ne. 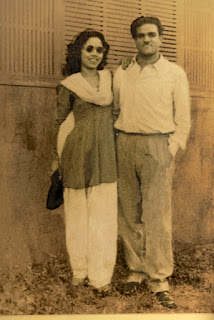 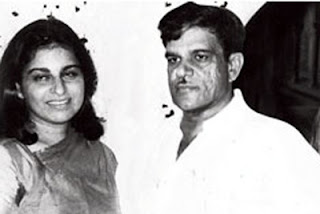 K Asif, better known as the man behind the magnum opus Mughal-e-Azam, first married actress Sitara Devi and later Nigar Sultan. Nigar Sultan was first married to SM Yusuf and after her divorce, she became K Asif’s better half. 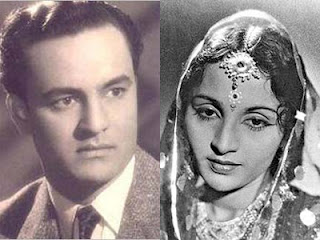 She is better known as the mother of Nutan and Tanuja for my generation and grandmother of Kajol for today's generation. Her first marriage with Kumar Sen Samarth (filmmaker) was a disaster. After her divorce, she reportedly went for a live-in relationship with the legendary actor Motilal for 10 long years. 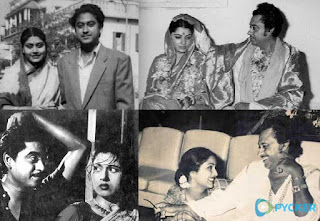 Kishore Kumar, indeed he holds the record of four marriages with beautiful women in Bollywood. First Kishore da married Ruma Devi (Amit Kumar’s mother), then Madhubala (he lost her due to her untimely death), then Yogita Bali, and finally Leena Chandavarkar, whose first husband Siddharth Bandekar, son of then chief minister of Goa, died after one year of their marriage. 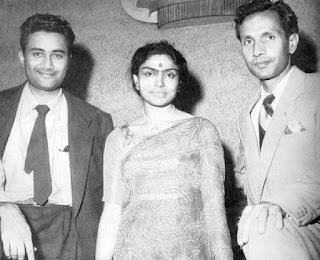 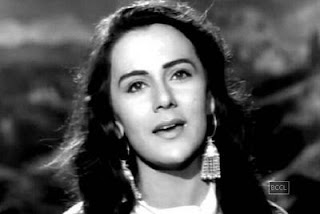 The elder brother to Hindi film actor-directors, Dev Anand and Vijay Anand a well-known producer-director.He married  Uma Anand,in 1943.he had a long-term relationship with the actress Priya Rajvansh. She was the heroine of his film Haqeeqatand all films after that. He had a relationship with her till his death 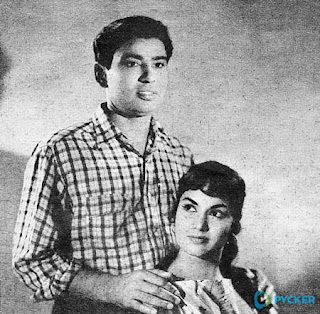 I S Johar with his first wife Ramma Bains

The late comedian, producer and director married five times.He first married Ramma Bains in 1943 in Lahore, and had a son and a daughter from her. Later, he divorced her and had four more marriages after that at different periods of his life. 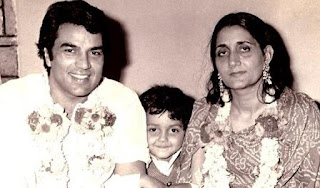 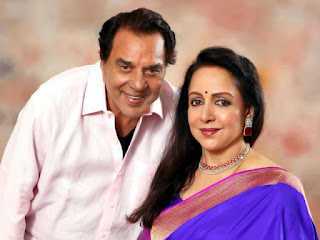 Dharmendra's first marriage was to Parkash Kaur at the age of 19 in 1954. From his first marriage, he has two sons, Sunny and Bobby, successful actors, and two daughters, Vijeeta and Ajeeta.
Dharmendra married Hema Malini after converting to Islam to stay married to his previous wife without having to get a divorce,he has 2 daughters with Hema Malini  Esha Deol, and Ahana Deol. 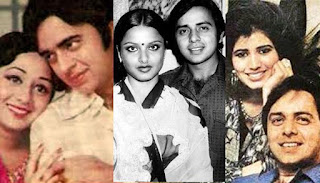 The actor who was a lead in many successful ’70s and 80’s films married thrice. His first marriage was an arranged one to Meena Broca which was reportedly not consummated. Thereafter, reportedly he had an affair with Rekha which didn’t last long as he married his frequent leading lady Bindiya Goswami. His marriage to Bindiya too didn’t last long as it ended in a divorce. The couple didn't have any issues. His third marriage was with Kiran in 1988, which lasted until his death in 1990. The couple had a son and a daughter. 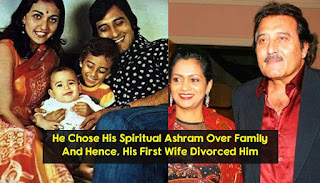 Khanna met his first wife Gitanjali in college. Khanna married Gitanjali in 1971 and had two sons with her, Rahul and Akshaye; both became Bollywood actors. In 1975, he became a disciple of Osho and in the early 1980s, moved to Rajneeshpuram. Khanna and Gitanjali settled for a divorce in 1985. In 1990, upon returning to India, Khanna married Kavita Daftary, daughter of industrialist Sharayu Daftary. They had a son, Sakshi (born 1991), and a daughter, Shraddha 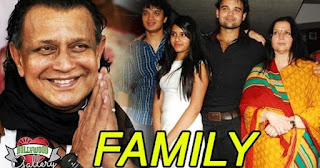 He had a relationship with model-actress Helena Luke, who he married in 1979, but the marriage ended shortly thereafter. He then married actress Yogeeta Bali, who he met in 1979. During the 1980s, Chakraborty had a love affair with popular actress Sridevi there was a rumor that they both married which Mithun Chakraborty later admitted to the press after a fan magazine published their marriage certificate. After his marriage with Sridevi had ended, he returned to his previous wife Yogeeta Bali. Chakraborty has four children: three sons and a daughter 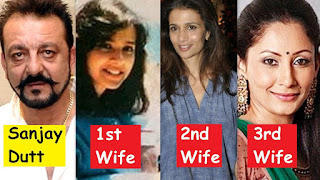 Sanjay Dutt's first wife was actress Richa Sharma in 1987, the couple had a daughter named Trishala Dutt. After Richa's death in 1996, Sanjay had his second marriage to Rhea Pillai in 1998. After a period of seven years, the couple divorced without having any issues. He got married for the third time in 2008 to a lesser-known Bollywood actress, Manyata Dutt
Aamir Khan 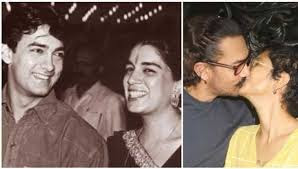 Aamir Khan's first marriage was to Reena Dutta. He got married before the release of Qyamat Se Qyamat Tak.  The two lived opposite each other’s building and their windows opened out to each other...Their love story lasted for almost 16 years, sadly, the two went their separate ways due to differences. With this marriage, he had 2 children. He got divorced in 2002.  He married Kiran Rao in 2005. He has a son with this marriage.
Saif Ali Khan 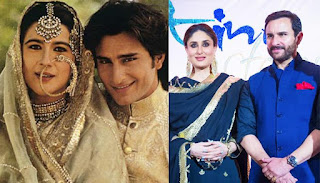 Saif Ali Khan was married to Amrita Singh for 12 years, and the couple has two children, Sara and Ibrahim. Saif married actress Kareena Kapoor on 12th Oct 2012. They have a son with this marriage.
Posted by /bolywoodfiles.blogspot.com at 09:34:00