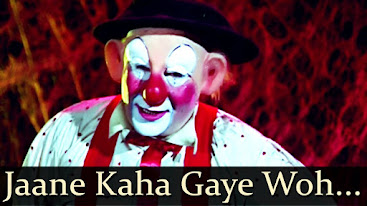 This song was recorded 4 years before the film released in 1970. In fact, Mukesh sang a few stanzas of this song in front of a crowd of 2500 at the Shanmukhananda Hall Mumbai during the Filmfare Award function in June 1967.

The tune of this song was taken from background music in a scene of Aah released in 1953. This piece of music has also been used as a prelude to the song and appears in bits and pieces throughout the movie. Shankar Jaikishan had many times used a tune played in the earlier film and recreate it a new song.

The writer of this song was Hasrat Jaipuri who wrote 7 stanzas of this song. Shankar Ji. was the original composer of this tune. Jaikishan later composed the full song in Raga Shivaranjani and Bhairavi, Some modifications were incorporated for Mukesh to make it simple.