Life and loves of Rekha 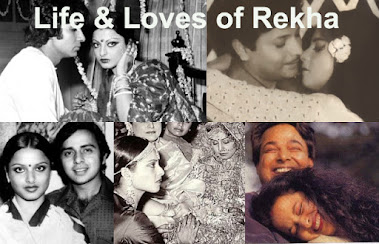 Rekha had no interest in acting and was basically forced to work to sustain her family financially, this was a difficult period in her life. Still, a teenager, acclimatizing herself to her new surroundings was an uneasy process. Coming from the South, she did not speak Hindi and struggled to communicate with co-workers.

Rekha recalls  "I was called the ‘Ugly Duckling’ of Hindi films because of my dark complexion and South Indian features. I used to feel deeply hurt when people compared me with the leading heroines of the time and said I was no match for them.

Her first Hindi film was Sawan Bhadon opposite Navin Nischal, when Navin Nischol found out that Rekha had been signed as his co-star for Sawan Bhadon, he complained to the producer: “From where did you pick out this namoona [character]? Itni kaali-kalooti [So dark and ugly]!”.

She appeared in several commercially successful films at the time, including Rampur Ka Lakshman (1972), Kahani Kismat Ki (1973), and Pran Jaye Par Vachan Na Jaye (1974), yet she was not regarded for her acting abilities.

Rekha transformed her body and started paying attention to her make-up, dress sense, and worked to improve her acting technique and perfect her Hindi-language skills. To lose weight, she followed a nutritious diet, led a regular, disciplined life, and practiced yoga, later recording albums to promote physical fitness.She began choosing her film roles with more care; her first performance-oriented role came in 1976 when she played Amitabh Bachchan's ambitious and greedy wife in Do Anjaane. The audience was floored when there was a swift change in her screen personality, as well as her style of acting.

Her most significant turning point, however, came in 1978, with her portrayal of a rape victim in the movie Ghar. She played the role of Aarti, a newly married woman who gets gravely traumatized after being gang-raped. The film follows her character's struggle and recuperation with the help of her loving husband, played by Vinod Mehra. The film was considered her first notable milestone, and her performance was applauded by both critics and audiences.

Earlier in her career, she was very bold, Rekha’s sexual openness, too, was revolutionary, even by modern standards, and won her yet more ire. It is impossible to imagine a young starlet today saying some of the things Rekha said four decades ago: “You can’t come close, really close, to a man without making love”, “It is a sheer fluke that I have never got pregnant so far” and “Premarital sex is very natural.

Rekha had multiple linkups. One of the first prominent affairs of Rekha in Bollywood was with the superstar Jeetendra. Jeetendra was known for his casual flirting with his female co-stars. Both Rekha and Jeetendra had done in numerous films with each other. It is said that Rekha was quite serious about him but the superstar was already married to Shobha Kapoor when he had met Rekha. When rumors about their alleged dating started doing rounds, Rekha was termed as a 'home-breaker' by many. Thus, their relationship died a bitter death.

Her next affair was with Kiran Kumar but it was a short fling. Kiran was also Vinod Mehra’s best friend, whom she had fallen for later. Their relationship went on for a small time before they decided to call it quits.

Next was Vinod Mehra. There was a rumor that they married at a secret wedding ceremony but it did not last long. Rekha however, had denied having any marital relationships with Vinod Mehra in an interview with Simi Garewal in 2004.

Rekha’s affair with Amitabh Bachchan is the most talked-about romantic relationship that has ever brewed in Bollywood. 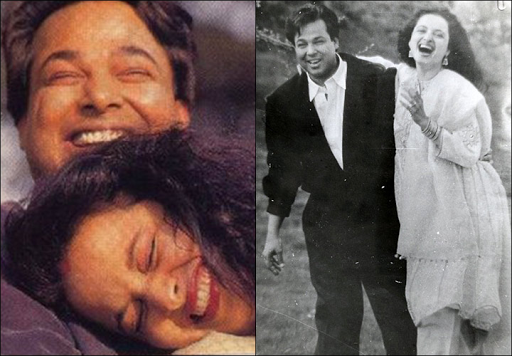 Rekha married Delhi-based business tycoon, Mukesh Agarwal. According to the book, Rekha: The Untold Story, Mukesh was suffering from acute chronic depression and was not at all happy with Rekha’s acting career. To add to that, was their post-divorce trauma. All this led to Mukesh Agarwal’s suicide. 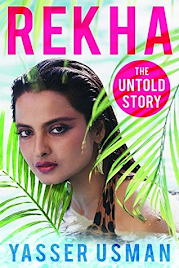 Rekha in her book says I do not invite people into my house. By hook or by crook, those who must find their way in. In fact, my privacy’s worked better than any screenplay. For anything connected with my work, the producers meet me in my office, no one comes into my house except family.