SIMI GAREWAL- Way Ahead Of Her Time, Excelled in Supportive Roles 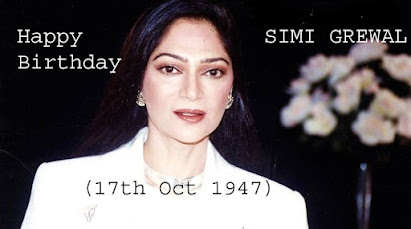 Simi has always been ahead of her times. In an era where actresses even refused to kiss, Simi never hesitated from flaunting her svelte figure if the role demanded that. Recall her nude scene in the film Sidhartha which caused some controversy in India.  Her immaculate dressing sense was an inspiration for many

She was excellent in supportive roles, she was one of the heroines of Dev Anand in Teen Deviyan. She played the third angle in Raj Khosla's love story Do Badan (1966) She played a spoilt rich girl in Saathi(1968) who sets her eyes on Rajendra Kumar and marries him -- though he remains faithful to his first love Vyjayanthimala. She was awarded as Best Supportive Actress for both the films. 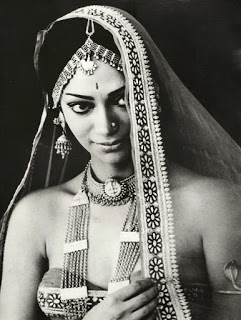 She was born (17th Oct 1947)in Muktsar, Punjab, India, in a Jat Sikh family. Her father, J. S. Garewal served in the Indian Army rising to the rank of Brigadier. After spending much of her childhood in England, Garewal returned to India while a teenager. Her felicity with the English language induced the makers of the English-language film Tarzan Goes to India to offer her a role. A gangly 15-year-old, Garewal made her debut alongside Feroz Khan in Raaz Ki Baat in 1962 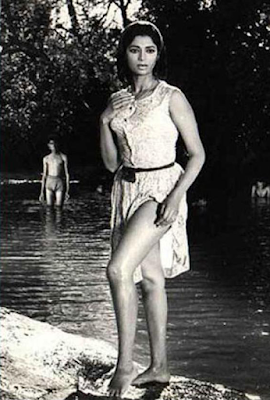 During the 1960s and '70s, she was in several notable Indian films, working with leading directors such as Mehboob Khan's Son of India,  Satyajit Ray cast her in his Bengali film Aranyer Din Ratri (1969), Raj Kapoor in Mera Naam Joker (1970)., She was in a supportive role in Ramesh Sippy's Andaz (1971), In Hrishikesh Mukherjee's Namak Haram (1973), she was the rich but eternally sympathetic voice of sanity who tries to curb Amitabh Bachchan's anger. In Prakash Mehra's Haath Ki Safai (1974), she just threw her long hair around in the hit number, Waada Kar le Saajna.

By the mid-1970s, Simi's career seemed to have run out of steam. Films like Chalte Chalte, which cast her as an older woman opposite newcomer Vishal Anand did not make waves despite the melodious music; while a blockbuster like Kabhi Kabhie had her in a peripheral role (as Neetu Singh's foster mother). Another notable role she played was as a vamp in Karz (1980).

In the early 1980s, her attention turned to writing and direction. She formed her own production company, Siga Arts International. She hosted, produced and directed a TV series for Doordarshan called It's a Woman's World (1983). She also made a documentary for Channel 4 in the UK called Living Legend Raj Kapoor (1984). This was followed by a three-part documentary on Rajiv Gandhi titled India's Rajiv.

In the late 90s, she anchored a talk show in Television   Rendezvous with Simi Garewal which became very popular with the elite class.