Shammi Kapoor - Who Sang his Songs from his Heart 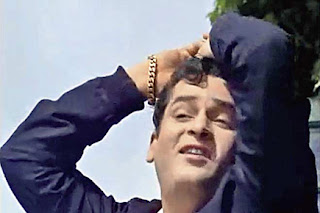 Most Hindi movie buffs know that when we talk of romantic songs it was Shammi Kapoor, along with Dev Anand, who set the template for your typical Bollywood hero. There was a time when in Chitrahar and Chhayageet Four out of six songs used to be from Dev Anand or Shammi Kapoor's Films. 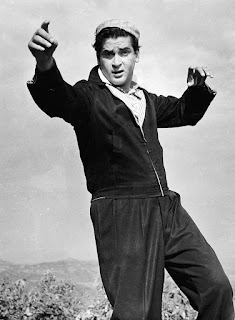 A lot has been written about how before Kapoor’s Tumsa Nahin Dekha, a 1957 musical hit, the Bollywood hero sang – but never danced. At least, not with as much gusto and rebellious freedom as Kapoor did. “Shammi Kapoor changed the image of the Hindi film hero from sad and brooding into one who revelled in singing and dancing.
Shammi Kapoor in a TV show informed that he used to like western music, once Nargis took him to a music shop in Fort, Bombay and pampered him with a gramophone player and 20 records of his choice. Thus began Kapoor’s fascination with English music.
Shammi Kapoor also felt grateful to Dev Anand who refused to sign Tumsa Nahin Dekha and suggested his name to Nasir Hussain. This film made him Shammi Kapoor the star. Before that none of his films was even an average runner.
Shammi Kapoor (21 October 1931 – 14 August 2011) told that he had no pretensions of being a great actor. He was happy with his style of dancing. He didn't know how to dance but he had given expressions to his songs. He never had a choreographer but did all the dance steps himself. With a great sense of music and energetic dance moves
Initially, it was O P Nayyar who created songs for his films later it was Shankar Jaikishan who composed songs in most of his films. Mohammad Rafi became his voice.
Shammi Kapoor took his music very seriously. His songs were – and still are – a rage. Stories abound of how he would attend all his song recordings. Mohammed Rafi adjusted his voice to match the Shammi Kapoor persona – a more youthful, delinquent and livelier voice that would complement the energetic dance style of the Junglee star. 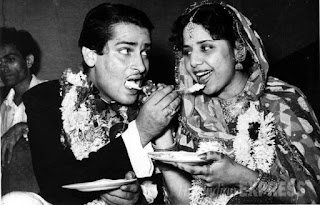 In 60s Shammi Kapoor gave many hit films and songs. Through his breezy and carefree roles, in which he indulged in all kinds of burlesque antics, Shammi Kapoor participated in the party song (the male item number, if you will) more than any other mainstream hero before or during his time. Some of his most memorable numbers, such as the Dil Deke Dekho title track, Baar Baar Dekho from China Town, Dekho Ab Toh from Janwar, the two Teesri Manzil club songs (O Haseena Zulfonwaali and Aaja Aaja) and Aaj Kal Tere Mere take place in the club or hotel space or on the occasion of a celebration.
He became a sensation, Bollywood's first youth icon. Soon he was playing characters named Rocky as in the thriller Teesri Manzil (a 1966 film once again Dev Anand opted out of), playing modern trades such as photography in the frothy Bluff Master (1963), and trying to convince smart singletons such as Sharmila Tagore in An Evening in Paris 1967.
Such was the great entertainer who made the audience forget all their troubles for three hours and gave them undiluted entertainment.
Song of Tumsa Nahin Dekha 1957