The Great Sawan Songs of Bollywood 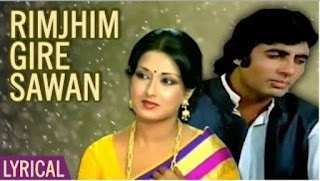 Sawan is a fifth month in the Hindu calendar. It is derived from Sanskrit: श्रावण. Its a rainy season in India. Generally, this month falls in July or August. During this month the weather becomes romantic. Many poems and songs are written by poets.
When it comes to Bollywood, what else can make people happy than related songs for the season like this one? Likely, there are plenty of songs specially made for this occasion.‘Sawan’ seems like the favourite subject of our earlier filmmakers with so many songs dedicated to nature. In this Blog, I have selected a few such great Sawan songs.