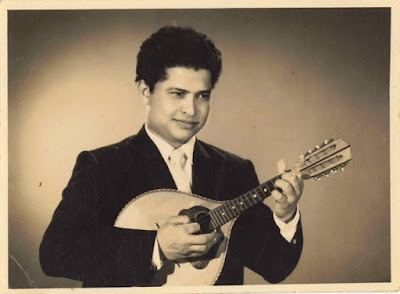 Music directors Laxmikant-Pyarelal have composed many of such popular songs which have benefited the films to become hits as well as the film actors/actresses' popularity hiked. Dosti (1964) film was a hit because of its songs.

‘Bindiya Chamke Gi’  from “Do Raaste” in 1969 gave name and fame as well as ‘star’ status to Mumtaz. Similarly, Sridevi became a star after ‘Hawa Hawai’ from “Mr India” in 1987. In this blog, I am discussing a few of such songs that have boosted the career of many actors.

Their first film Parasmani (1963) was successful because of its music. Classic songs like "Woh Jab Yaad Aaye", "Mere Dil mein halki si", "Hansta hua", "Roshan Tumhi se" attracted the people to cinema halls to a B grade movie with no star cast.
Song of Parasmani 1963
Dosti was amongst the top ten highest-grossing films of 1964, declared a "Super Hit" at the box office, with no star cast This was the music of the film which made the film hit. Laxmikant Pyarelal got their first Best Music Director
Song of Dosti 1964
Jeetendra became ‘star’ through the success of musical hit film “Farz”, 1967, in particular, the song ‘Mast Baharon Ka Aashiq
Song of  “Farz”, 1967,

Raja Aur Runk (1968) was a film starring Sanjeev Kumar and Kumkum with no star value was one such film that became a hit because of their music.  The hit team of Anand Bakshi and Laxmikant Pyarelal created melodious songs like 'Tu Kitni Achchi Hai...O Maa', 'O Phirkiwali', 'Mera Naam Hai Chameli' and 'Sang Basanti Ang Basanti'.
Song of  Raja Aur Runk (1968)
Laxmi Chhaya is known for the songs like ‘Mar Diya Jaye Ke Chhod Diya Jaye’   ‘Hi Sharmau Kis Kis Ko Batau’  and ‘Aaya Aaya Atariaya Pe Koi Chor’ all from “Mera Gaon Mera Desh” 1971,
Song of Mera Gaon Mera Desh 1971
In the success of Bobby(1973) its music played a great role, This was a RK film but its music was super hit and Shailendra Singh, the singer became popular because of them.
Song of Bobby 1973
Madhuri Dixit became a star from the song Ek Do Teen from Tejab 1988. With this song, Alka Yagnik also became the Top Female playback singer.
Song of Tejab 1988